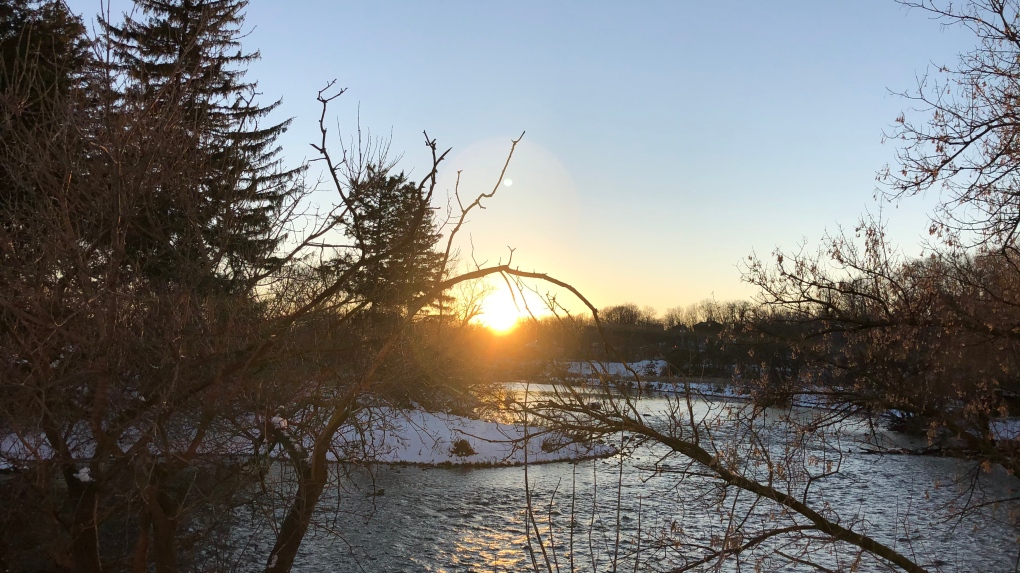 KITCHENER -- Many communities in southern Ontario still have a good base of snow on the ground, following the multi-day snowfall event earlier in the week dropping over 40 cm in some places.

Wednesday featured plenty of sunshine, with temperatures cool enough to help prevent most of the snow from melting.

Thursday started off with clear blue skies and sunshine, although increasing clouds will be the trend through the afternoon and evening. Areas further north will see clouds rolling in earlier, while communities south of the 401 will likely enjoy sunshine for most of the day.

The clouds come ahead of a weak Alberta Clipper, bringing the next burst of snowfall to Southern Ontario.

Overnight Thursday and early Friday, snow will develop and track south through the morning hours, possibly impacting the morning commute. Depending on the location, precipitation could fall as light showers or mixed precipitation, especially for areas on the lakeshores.

Around 2 to 4 cm is forecast for Kitchener-Waterloo.

The snow doesn’t look to be going away anytime soon. Temperatures over the weekend and early next week hover near if not slightly below seasonal during the daytime hours. An average high for Waterloo Region is about 1 degree Celsius with a low of -6 C.

Sunshine returns for the weekend.