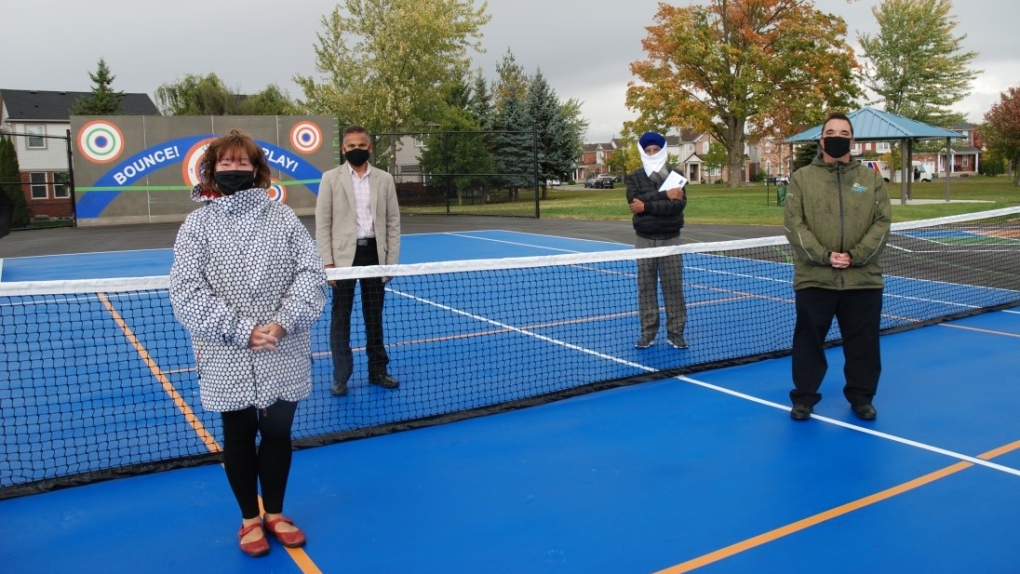 KITCHENER -- The City of Cambridge has reopened Witmer Park after a number of improvements, including a new pavilion and sports court, have been completed.

Construction began in June 2020, and on Thursday, officials announced that the park had reopened.

The new pavilion provides shade, while the multi-use court has amenities for basketball, tennis, pickle ball, a games wall and painted court games.

"I would like to thank the many community members and groups who shared their ideas and wishes for park upgrades during the consultation process," said Ward 8 Coun. Nicholas Ermeta in a news release.

"This neighbourhood park now provides a multi-functional and flexible space for people of all ages and abilities to use."

Support for the project began in 2018 in the form of a public meeting, where more than 300 residents helped inform the design.

Because of the pandemic, the park still has some restrictions on use: four people are allowed to per tennis court at a time, while up to 10 people in a social bubble can gather without physical distancing.

Otherwise, the current limit for outdoor social gatherings with physical distancing is 25. Officials ask people to use their local parks and amenities to avoid overcrowding in other parks.