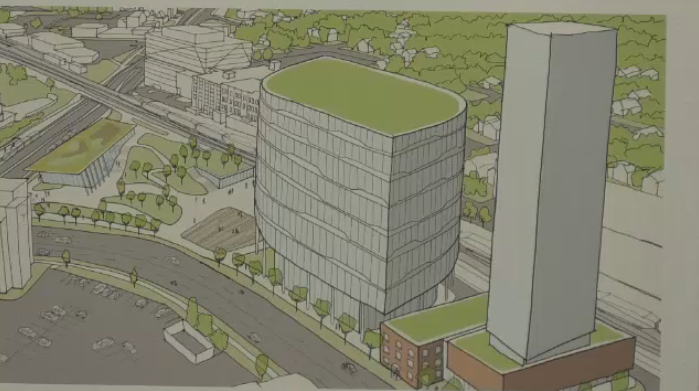 New transit hub proposed for the Region of Waterloo.

KITCHENER -- The public was able to get their first look at the possibilities for a new transit hub in Waterloo region on Monday night.

The plan is to build the hub at the corner of King Street and Victoria Street in Kitchener.

At the meeting, people were encouraged to ask questions and provide feedback to the project team members.

“Lots of people are asking questions about the connectivity to their neighborhood and how various pieces will work. Some of those things we just haven’t worked out yet so those will come as we work our way through the design process,” says the project director Ellen McGaghey.

The transit hub is meant to link buses, trains and other modes of transportation in one area.

The hope is to make it easier for commuters to use the different forms of transportation.

“Research says the more that you bring things together and make it intermodal, the more ridership you get all across the board,” says McGaghey.

According to McGaghey, historical records show planning for the transit hub began decades ago, even before LRT planning.

In 2016 the region began to move more quickly on the project.

“When we received the provincial funding announcement of $43 Million, that’s when the project really ramped up into a more active level to the products that you’re seeing here,” says McGaghey.

If you weren’t able to go to the public consultation Monday night, there is information on the project and a survey for feedback on the region’s website.