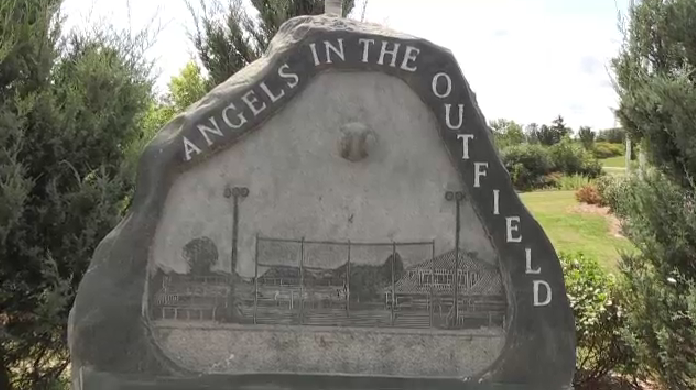 The "Angels in the Outfield" fastball memorial at the Peter Hallman ballyard in Kitchener. (Sept. 11, 2021)
KITCHENER -

Two new names have been added to the fastball memorial at the Peter Hallman ballyard in Kitchener.

Called “Angels in the Outfield”, it recognizes those in the community who have contributed to the fastball scene in Waterloo Region.

Ray Alviano and Dennis Hartlieb, who was also known as “Buck”, were honoured at a ceremony held Saturday.

Both passed away last year.