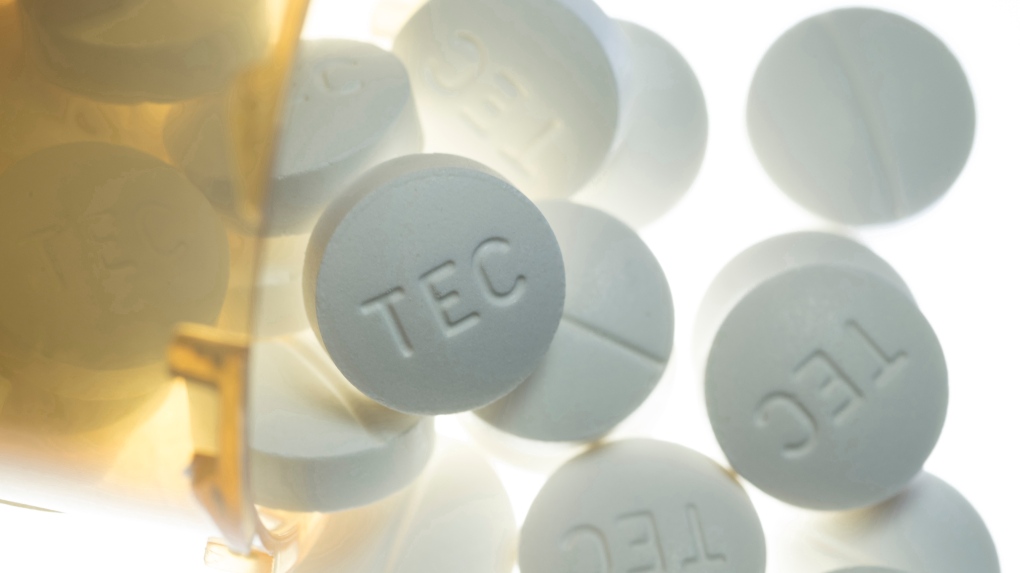 Prescription pills containing oxycodone and acetaminophen are shown in Toronto on December 23, 2017. THE CANADIAN PRESS/Graeme Roy

Public Health Ontario has released updated statistics showing 1,473 people died from opioid-related causes in 2018, a jump of about 17 per cent from the previous year.

Bhutila Karpoche, NDP critic for Mental Health and Addictions, said Thursday that the new data shows the overdose problem in the province is getting worse.

"Too many families are being hurt by this overdose epidemic," she said. "This is an unprecedented public health crisis. We have thousands of people who have lost their lives."

The data also shows there were 2,973 emergency department visits due to opioid overdoses during the first three months of 2019.

That's an increase over the same period in 2018, which saw 1,843 emergency department visits caused by opioid overdoses.

The latest figures are the most recent available from Public Health Ontario.

Karpoche said the increase in emergency department visits is a symptom of the problem with capping the number of sites.

"When we have cuts to services and when we have these sites not being allowed to operate and struggling to get funding you will definitely see the emergency department numbers increase," she said

Green party Leader Mike Schreiner said the number of overdose deaths are "shocking and unacceptable" and called on Elliott to lift the cap on safe consumption sites.

"It's even more unfortunate that the Ford government has gotten in the way of moving forward with vital services like safe consumption sites," he said in a statement. "The reality is that safe consumption and treatment sites save lives, and putting a hard cap on the number in Ontario is the wrong move."

The Ministry of Health did not immediately provide comment on the latest statistics.