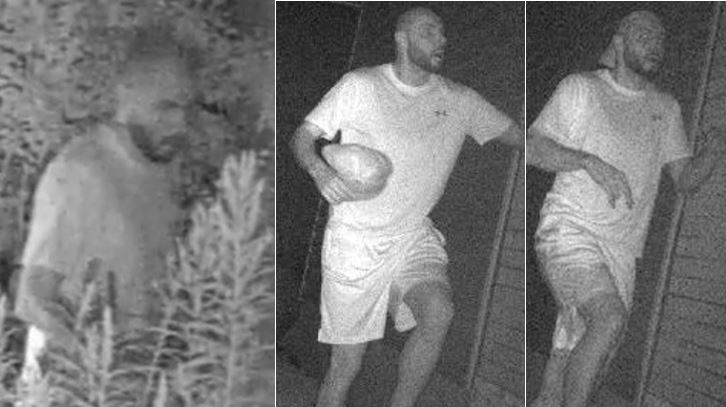 A man, captured by surveillance video, that WRPS are trying to identify in connection to suspicious person reports in Waterloo. (Submitted: WRPS)

The Waterloo Regional Police Service has received multiple reports of a suspicious person in Waterloo's university district over the past three weeks.

In an email to CTV News, they said each report is being investigated separately as well as "any potential connections between the incidents."

The first report was made on July 1. Police said an unknown male was seen in the backyard of a residence on Hickory Street West, near Spruce Street, around 2 a.m.

At around midnight on July 3, an unknown person was spotted in the areas of Austin Drive, Tamarack Drive, Hickory Street West and Spruce Street.

The third incident was reported on July 13. Police said just after 11 p.m., an unknown male was seen peering through the window of residence in the area of Hickory Street West and Spruce Street. He fled before officers arrived at the scene.

Pictures of a man were also released to the public and police are hoping that someone will be able to identify him.

On July 17 another incident was reported to police. They said an unknown man was seen in a residential backyard in the area of Austin and Tamarack Drive around 10 p.m.

Anyone who lives in those neighbourhoods is asked to share exterior surveillance footage they may have from any of those dates, between the hours of 9 p.m. and 3 a.m., with police.