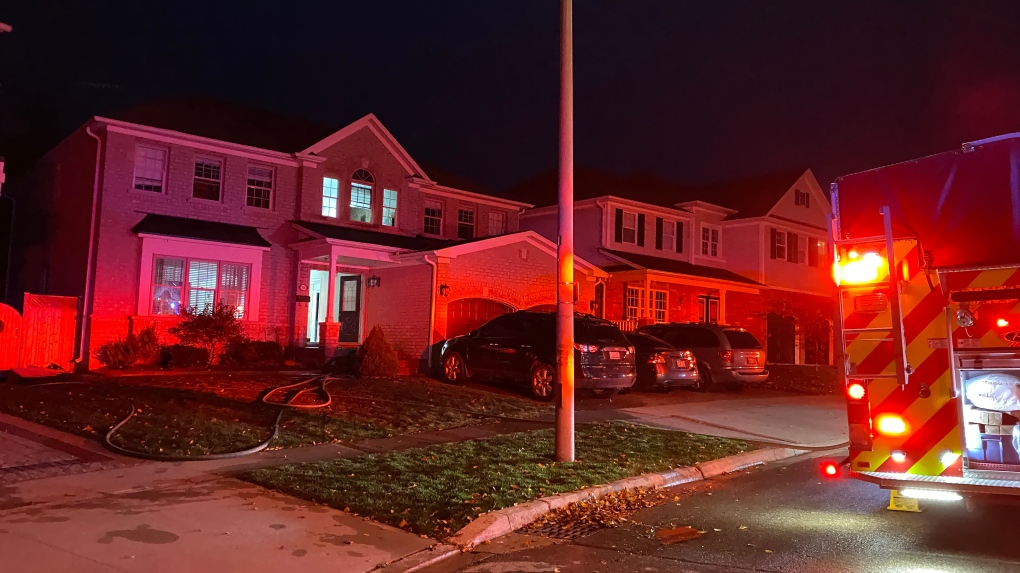 The fire department tweeted about the incident on Swift Crescent around 6 p.m.

ACTIVE INCIDENT: Cambridge Firefighters from 5 Stations are on scene of a working house fire on Swift Cres. There are no injuries and the fire is now under control. Avoid the area. pic.twitter.com/iGEVou3ZLA

Crews were called to the scene around 5:30 p.m.

Officials say the fire started in a second-floor bedroom, and crews were able to contain it to that room.

Investigators believe the fire was started by incense burning in the bedroom while the family ate supper on the main floor.

No one was injured and officials say working fire alarms helped notify the family about the fire.

The home was without power on Monday night due to water damage and the family has arranged to stay with relatives for the time being.