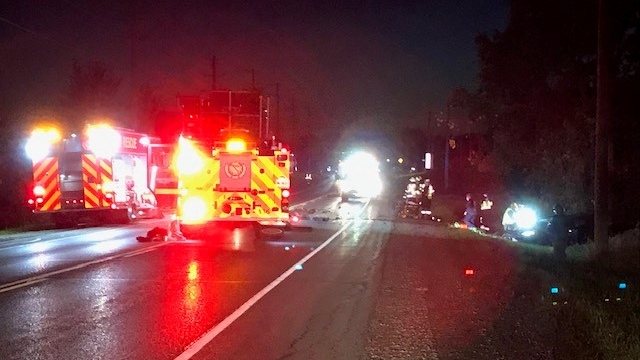 Multiple people were taken to hospital following a collision on Kossuth Road on Wednesday evening.

Waterloo regional police said they responded to the crash near Cober Road around 6:40 p.m.

In a news release on Thursday morning, officials said a 34-year-old man from Ayr was driving a Ford Escape that crossed the centre line and hit a Toyota Corolla driven by a 25-year-old Cambridge man.

A 33-year-old woman, who was the passenger in the Escape, was extracted from the vehicle and taken to an out-of-region hospital with serious injuries. The driver of that vehicle had minor injuries in the crash.

The man driving the Corolla and a young child were also treated at the scene for minor injuries.

The road was closed fro about five hours while police investigated.

The road is now open. Thank you for your patience. https://t.co/XQjs3Tw8Wu