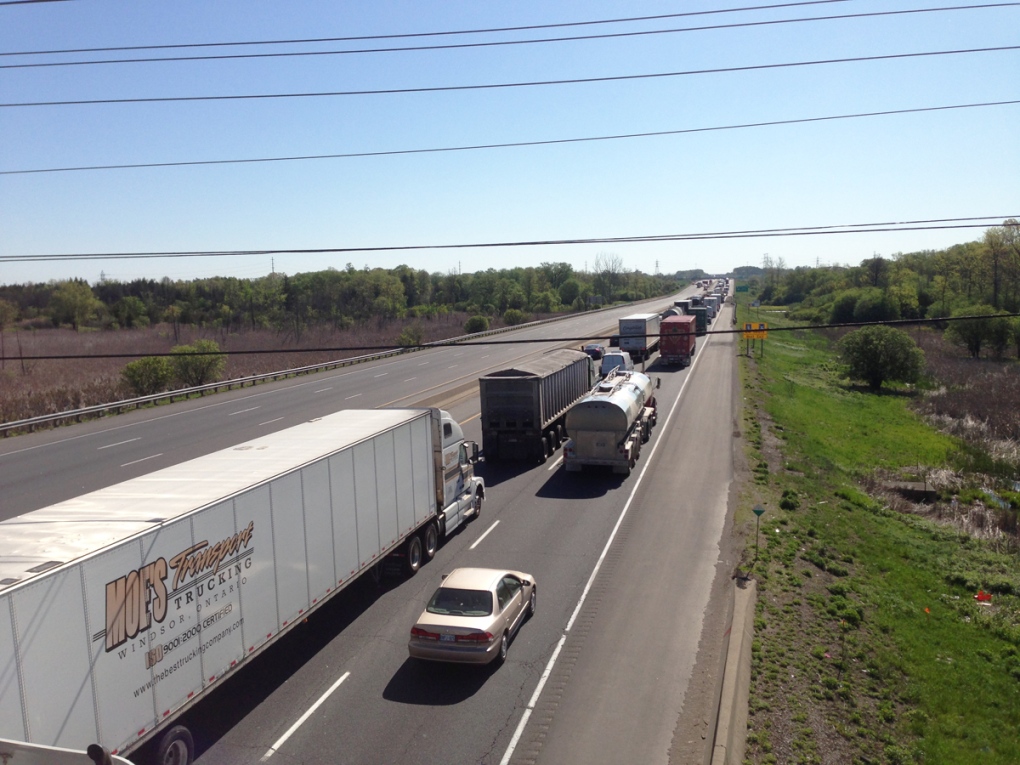 Traffic is seen backed up in the westbound lanes of Highway 401 in Cambridge, Ont., on Thursday, May 16, 2013. (Brian Dunseith / CTV Kitchener)

The crash occurred around 8 a.m. near Hespeler Road and involved five vehicles, including a garbage truck.

All lanes of the 401 were blocked by the crash, which led to slow-moving traffic for most of the morning.

Traffic was diverted off the highway at Highway 24.

Eastbound traffic was also backed up in the area through Kitchener due to drivers slowing down to take a look at what was happening across the ditch.