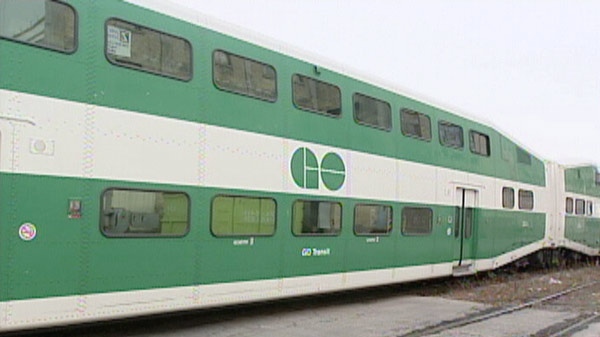 A GO train is pictured in this undated photo. (CTV)

A multi-day cancellation of GO trains is in effect from Aug. 10 to Aug. 12, according to an update from Metrolinx.

Both cancellations are currently scheduled to last through Friday, according to Metrolinx.

The update says the cancellations are linked to “staff illnesses.”

This is the first time the Kitchener line has seen scheduled multi-day cancellations since the agency announced Monday that staffing illnesses would impact commuters.

On Tuesday, Metrolinx cancelled both the Kitchener GO train leaving for Union Station at 7:15 a.m. and the GO train returning from Union Station to Kitchener at 5:49 p.m. At the time, the cancellation was only listed to last for one day.

The latest round of cancelled GO trains comes following multiple train cancellations along the Kitchener line since Saturday.

All cancellations have been attributed to staff illnesses.

Earlier in the week, Metrolinx told CTV News Kitchener as many as 10 to 15 train trips per day may be affected across all their routes, and Metrolinx does not know how long the cancellations will last.

According to Metrolinx, the staff illnesses are related to COVID-19.

On Aug. 5 Metrolinx cancelled a GO train on the Kitchener line, on Aug. 8 two Go trains were cancelled and on Aug. 9 there were two train cancellations.