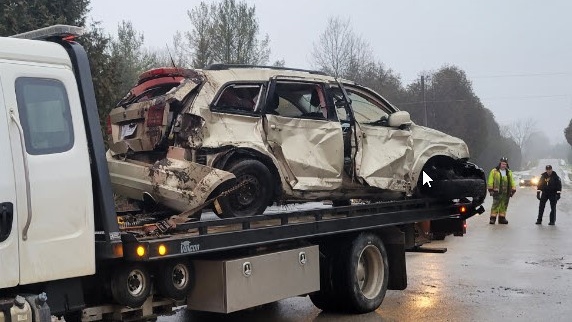 The driver of an SUV involved in a fatal single vehicle crash earlier this week near Mount Forest has been identified.

In a media release, the OPP identified the victim as 22 year-old Meagan Janelle Byers of Mount Forest.

At about 6:50 a.m. Monday morning officers were called to Side Road 3, between Highway 6 and Country Road 6 for an upside down vehicle in a body of water.

OPP have previously reported the SUV collided with the guardrail before going into the water.

The OPP say their investigation into the crash continues.