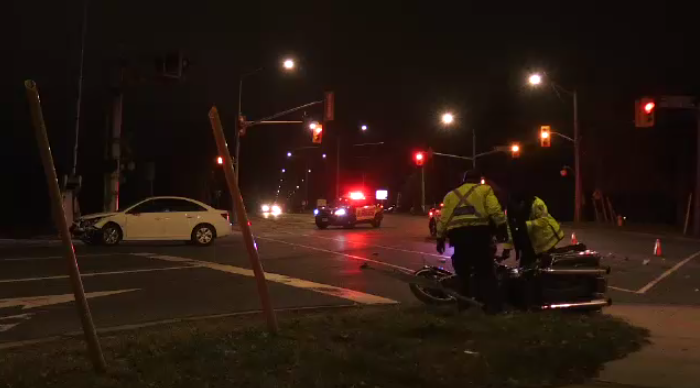 A motorcyclist was taken to hospital with serious injuries following a crash in Cambridge on Monday.

A motorcyclist was seriously hurt after a collision involving a car in Cambridge on Monday.

The crash happened around 5 p.m. at Concession Road and Blue Heron Ridge.

Police say the person driving the motorcycle was taken to hospital with serious injuries.

They were later airlifted to Hamilton General Hospital for the injury. The driver of the car was not injured.

A portion of the road was closed for the police investigation.

Information regarding charges was not available.