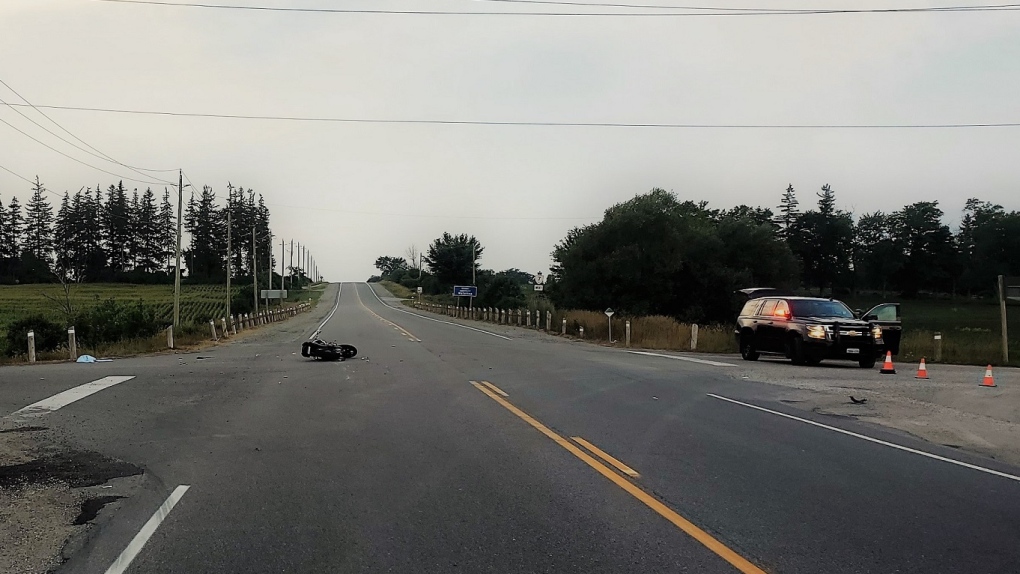 A crash between a sedan and motorcycle, on a highway in between Guelph and Kitchener, has resulted in life-altering injuries.

Emergency crews were called to the scene on Hwy. 7 at the Woolwich-Guelph Townline around 6:30 p.m. on Sunday.

A 61-year-old motorcycle rider from Guelph was taken to a trauma centre with life-altering injuries.

The driver of the sedan and two passengers were taken to local hospital with non-life-threatening injuries.

The road was closed for investigators but has since been reopened.

Wellington County OPP are asking any witnesses to the crash to contact them.