Mother-daughter duo wins $1,000 a week for life, opts to take the cash 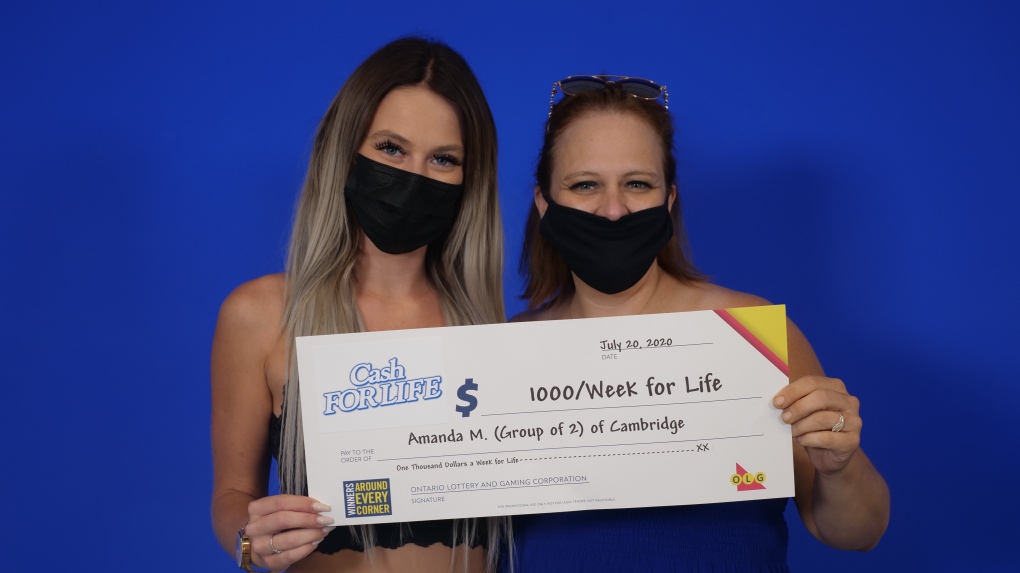 $1,000 a week for life. That's the cash prize that Amanda McInnis and Jennifer Kamp won after McInnis bought a scratch ticket on a clerk's suggestion. (Source: OLG)

KITCHENER -- A mother-daughter team plan on buying houses near one another after they won Cash for Life.

Amanda McInnis said she was at the store when the clerk suggested she buy the ticket.

"At first I said no, but then I changed my mind," she told staff at the OLG Prize Centre in Toronto.

She called her 23-year-old daughter, Jennifer Kemp, on Facetime and asked her to help verify the win.

"I saw her face and I thought something was wrong," Kemp told OLG staff. "I didn't think it was real."

The winning ticket was purchased at Circle K on Hespeler Road in Cambridge. The OLG says that the game has odds of winning a prize is 1 in 3.45.

The OLG had closed its prize centre to appointments because of COVID-19, but recently reopened by appointment. Prizes of $50,000 or over have to be claimed in person—otherwise the agency encourages people to mail in their claims.