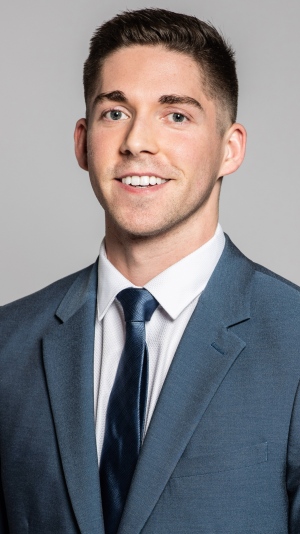 He graduated from Ryerson University’s journalism program with distinction and minored in sociology. Before joining CTV Kitchener, he interned at CTV Toronto and covered multiple elections for the Canadian Media Elections Consortium.

Spencer was also a reporter and video producer for J-Source, where some of his work was republished in Harvard’s Nieman Journalism Lab.

He was awarded the 2019 Jeff Junke Memorial Award from Ryerson University.

Spencer grew up in Milton, Ont. but is no stranger to Waterloo Region. He played competitive volleyball and attended the Ontario Volleyball Championships for many years at RIM Park in Waterloo.

When he's not working, Spencer is usually at the gym or watching the Toronto Raptors. He endured some rough seasons as a fan, but was thrilled to finally see the Raptors become NBA champions on the same day he graduated university.