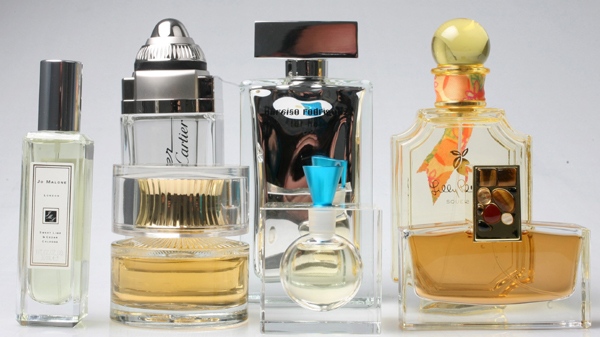 KITCHENER -- Police in Guelph are investigating after two men allegedly stole thousands-worth of perfume from a store.

According to a news release, the suspects took 106 bottles of men's and women's perfume on Wednesday from a store near Eramosa Road and Stevenson Street North.

Police said that suspects filled two fabric shopping bags with the bottles and left before anyone could stop them.

The brands of the stolen bottles include Tom Ford, Chanel and Allure, and range in value from $35 to $260 per bottle. Officials said the total value of stolen perfume was around $6,000.

The first suspect is described as a Caucasian male with hazel eyes. He was about five foot five and was wearing a blue and grey baseball cap and a blue and black hoodie.

The second person is described as a Caucasian male standing about six feet tall with ash brown hair. He was reportedly wearing a black zip-up sweater and jeans.

Anyone with information regarding this incident is asked to contact police. If you wish to remain anonymous, you can call Crime Stoppers instead at 1-800-222-8477.