‘The Handsmaid’s Tale’ coming back to Cambridge 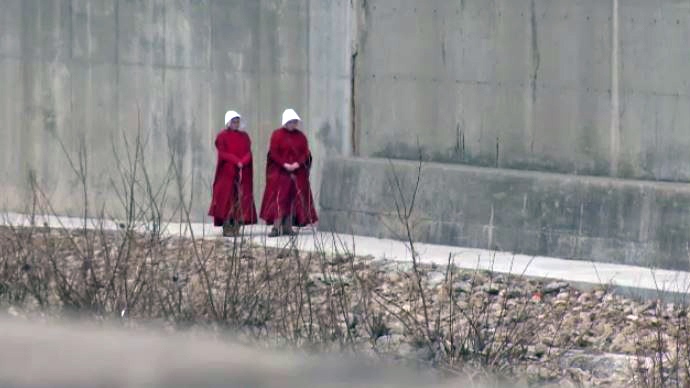 Actresses from 'The Handmaid's Tale' walk along a path during filming in Cambridge on Tuesday, April 10, 2018.

Streets in Cambridge’s will be shut down as an Emmy award-winning series returns to film in the Galt core area.

Shoots for “The Handsmaid’s Tale” will impact a number of roads on Monday.

The city of Cambridge website states there will be intermittent stoppages on Dickson Street between Wellington and Ainslie Streets in the morning.

Water Street North between Dickson and Warnock Streets will be closed down between 10 a.m. and 2:30 p.m.

Main Street from Ainslie Street to the Main Street Bridge will be shut off from 8 a.m. to 10 p.m.

The city also warns residents of drone usage and actors on rooftops holding replica weapons around Main and Water Streets.

Monday will mark the third year in a row the series has filmed in Cambridge under the alias “Rocket Woman.”

The season three premiere of “The Handsmaid’s Tale” will be released on June 5.