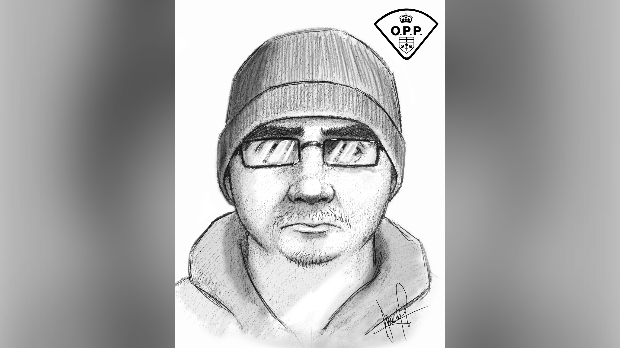 Suspect sketch released by OPP for a sexual assault investigation. (May 13, 2020)

FERGUS -- Police have released a composite sketch of a suspect in a sexual assault investigation in Fergus.

Wellington County OPP say a female was reportedly sexually assaulted sometime between 8:30 p.m. and 9:00 p.m. on April 24, on the Elora-Cataract Trail, east of Gartshore Street and just west of the First Line.

Policesay the suspect was riding a black bicycle and was last seen going east on the trail at Gartshore Street.

Theydescribe the suspect as a Caucasian male, 5’9” to 5’10” in height, weighing around 150 pounds, sparse facial hair on his upper lip and chin, a round face and thin lips.

OPP are asking for anyone with information to contact them.