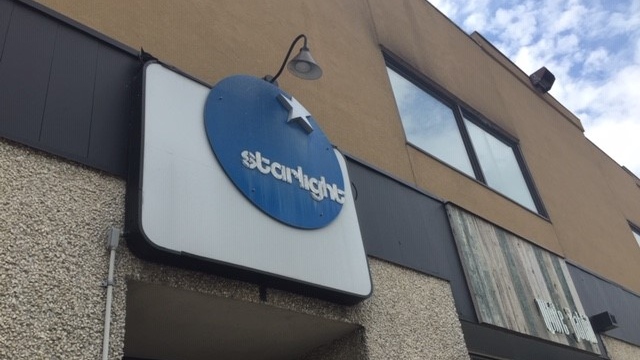 KITCHENER -- A popular Uptown Waterloo bar and music venue will not reopen its doors.

The bar hosted a couple of live shows each week with a maximum capacity 300.

Those shows have included bands like 54-40, the Arkells, Bahamas, Joel Plaskett, Grapes of Wrath, k-os, Neverending White Lights, Sloan, Steve Aoki, Tokyo Police Club and Whitehorse, as well as a slew of other indie and Canadian favourites.

You can take a walk down memory lane by checking out the full archive on Starlight's website.

With such a small capacity though, Koehler says that the live music part of the business had been difficult leading up to the restrictions put in place because of COVID-19.

He says that, in the year or so before things shut down in March, it had been hard getting people out to the shows.

Waterloo Region was among the first regions to enter Stage 3 of the Ontario government's economic recovery plan, which allowed many businesses that had been shuttered to reopen.

Bars and live music venues, however, were left out of that reopening stage because of the difficulty for patrons to maintain physical distance and because of that fact that singing can cause respiratory droplets to travel farther.

Earlier this month, the Canadian Federation of Independent Business (CFIB) surveyed small and medium sized businesses and found that 16 per cent say they are on the verge of closing their doors permanently as a result of the pandemic-induced shut down of the economy.