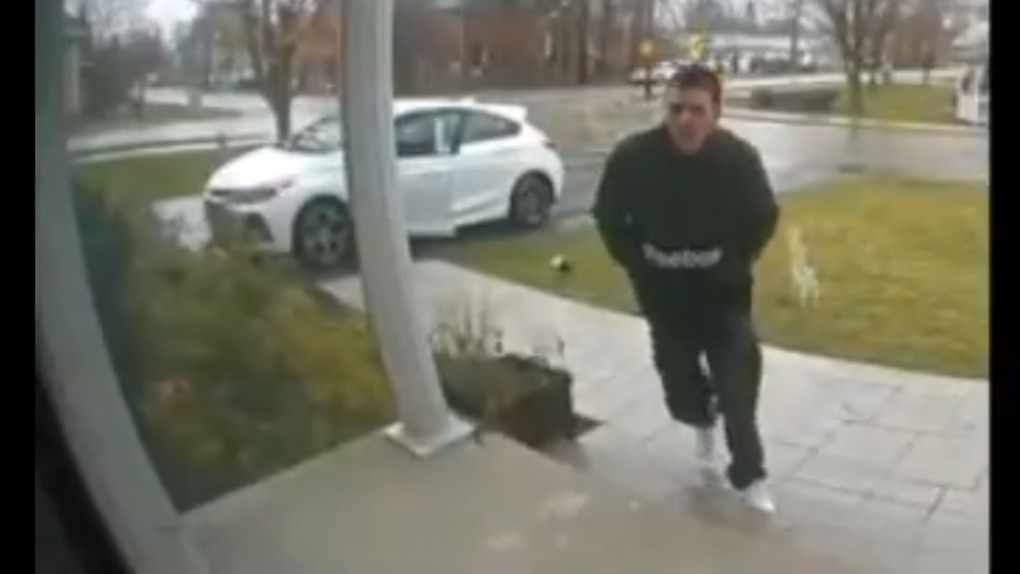 A man seen just before snatching a package off of someone's porch. (@OPP_WR / Twitter)

KITCHENER -- Provincial police are looking for a porch pirate who allegedly stole a package from someone's house.

It happened at an address in Ingersoll on Monday.

The video, which is taken from the homeowner's front porch, shows a man approaching the door with his hands in his pockets.

He looks around, grabs the package and runs back to a car that's parked in the driveway.

He then drives off.

#OPP Oxford County is seeking assistance in identifying this #PorchPirate who stole a package from a front porch in Ingersoll on December 9th. If you have information, contact the OPP at 1-888-310-1122 or Crime Stoppers at
1-800-222-8477(TIPS) or https://t.co/2dPTP8mhp0 ^pc pic.twitter.com/iw4heLE88O

The suspect is described as a man in his 20s who's about six feet tall.

He has a slim build, was clean-shaven and has brown hair.

He was wearing a black and grey Reebok sweater, dark pants and white shoes, and was driving a white Chevrolet Cruze.

Police did not say what was in the package that was stolen.