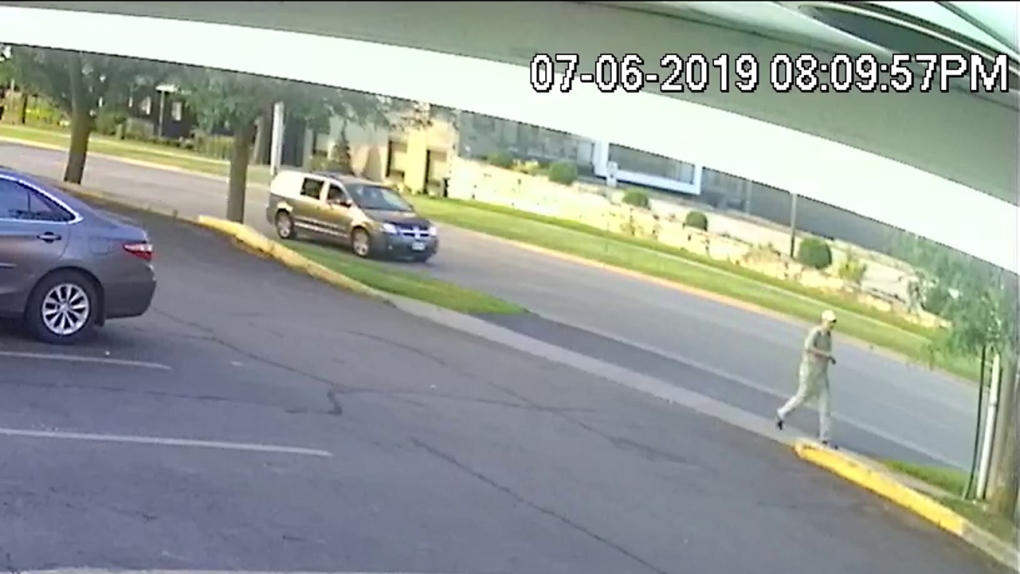 Police are looking to identify this man to see if he's connected to a reported sexual assault in Kitchener. (Source: WRPS)

Regional police have released an informational video in the hopes of identifying the suspect in an investigation into three separate but related sexual assaults against young girls.

The video traces the path police believe the suspect took before and after the sexual assault that occurred on Brybeck Crescent on July 6.

It also maps out certain areas of interest and provides a timeline of the assaults.

You can see the whole video in the tweet at the bottom of this article.

DNA analysis has linked the three incidents that happened in the region.

The victims, who were all under six years old, were sexually assaulted in apartment stairwells.

The first reported incident happened on Patricia Avenue in Kitchener in 2013.

Police say the other took place on Barrie Street in Waterloo in 2017.

The suspect is described as a white man, 5'10 to 6'0 tall, blonde-brown hair, blue or green eyes and a thin to medium build.

He was seen fleeing the Brybeck Crescent area in a newer grey, four-door Honda Civic LX.

Continuing to investigate three sexual assaults against young girls in @RegionWaterloo. We are releasing this video in the hopes of generating new information that will lead to the identity of the suspect. Please watch and share. Call police or @WaterlooCrime with info. pic.twitter.com/bnWDqDQrbo