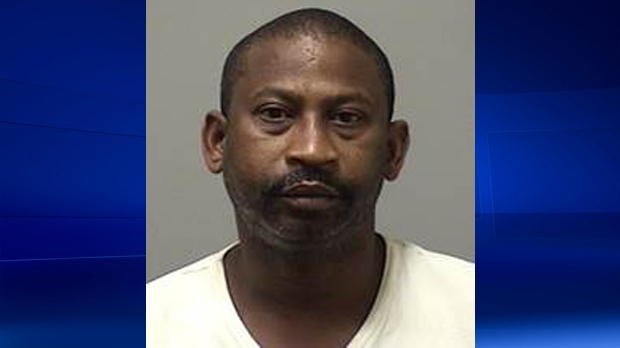 Christopher McLaren is shown in this photograph provided by Waterloo Regional Police.

A man wanted for a number of criminal offences including sexual assault was last seen in the Waterloo area, police say.

Waterloo Regional Police say there are multiple warrants out for the arrest of 47-year-old Waterloo resident Christopher McLaren.

Other offences McLaren is alleged to have committed include forcible confinement, theft, mischief and uttering threats.

Police describe him as being black, 5’11” and 190 pounds, with black hair and brown eyes.

They say he is considered violent and should not be approached. Instead, anyone with information about his whereabouts should call police at 519-570-9777 ext. 6399.