A homeless encampment is slowing growing in north Kitchener.

Fourteen tents housing nearly 20 people make up the makeshift community at the corner of Weber and Victoria Streets.

The vacant lot is owned by the Region of Waterloo. The region told CTV News in a statement “no conversations have been had about the donation of the land to community members or community organizations.”

But encampment residents say there were told otherwise.

“They decided this property would be basically donated to us until further notice,” said one resident. “Which is really nice, but that [notice] could come any day, so you’re always kind of on edge.”

She and her partner say they were the first to arrive at the encampment, after they say they moved nearly 60 times. 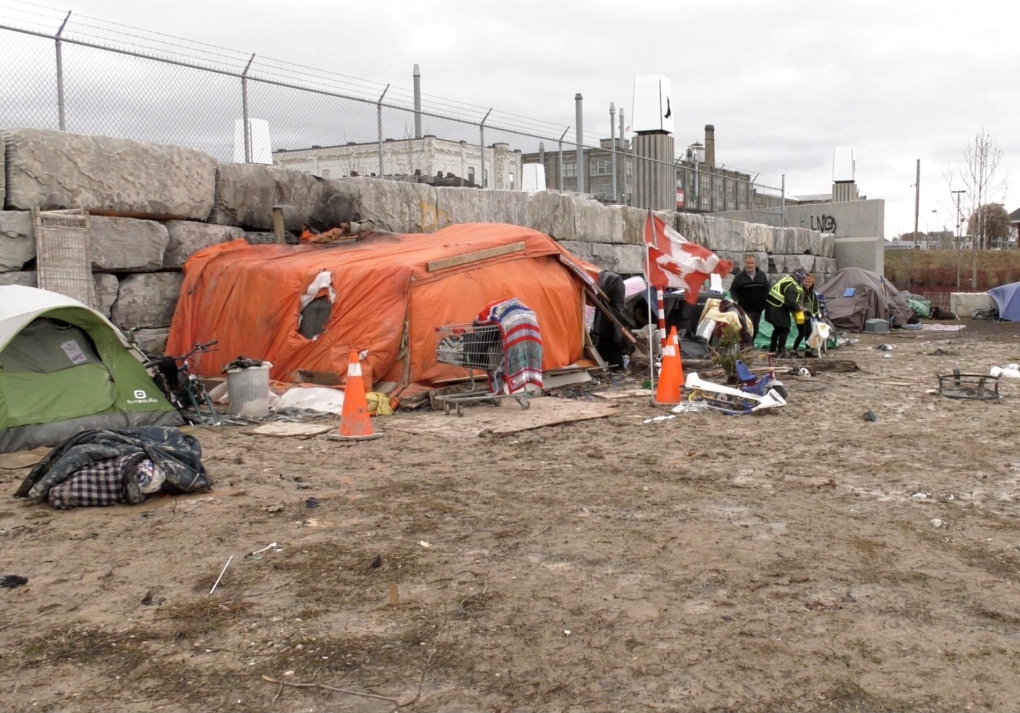 Their home is a combination of tents, thick blankets and pieces of wood. Inside is a wood stove, which prompted a visit from the fire department.

She said a fire official stopped by to check they had working smoke and carbon monoxide alarm and introduce himself.

“[He said] if you need anything, we’re here, give us a call,” she said. “So they’ve been really supportive as well.”

“We have three rules,” said her partner, Will. “No drama, no tent-to-tent stealing and if a vehicle shows up to donate, share it with the community.” 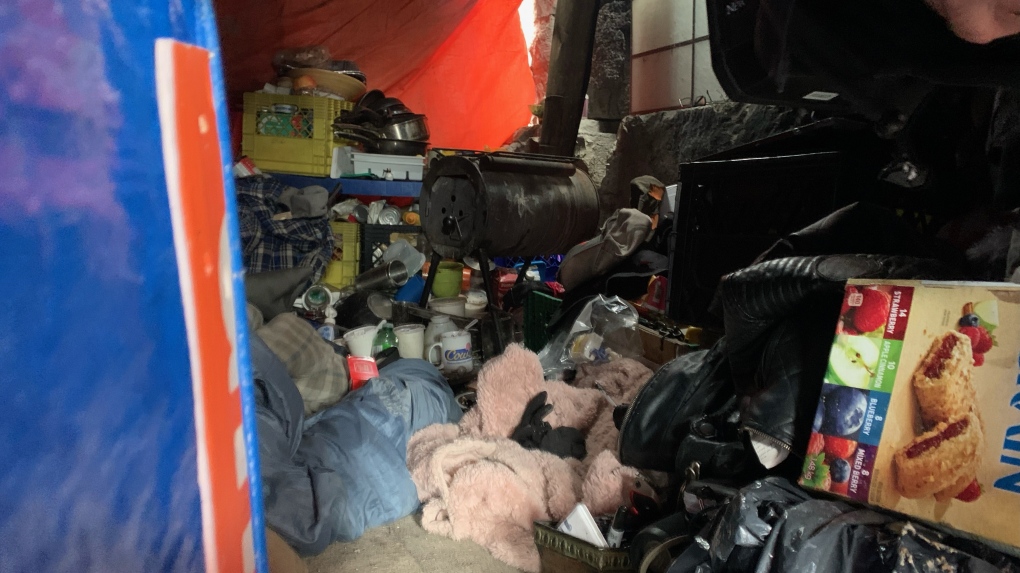 Inside the tent of a couple living at an encampment in north Kitchener. (Krista Sharpe)

Encampment residents are asking the region for port-a-potties at a minimum, but also hydro, lights and shade for added safety.

“Last week when it was really warm that day, my dog couldn’t handle it,” said Mark, a brick layer with 30 years experience who found himself homeless after an injury.

“We should have hydo here,” he said. “I don’t know why they haven’t brought port-a-potties out.” 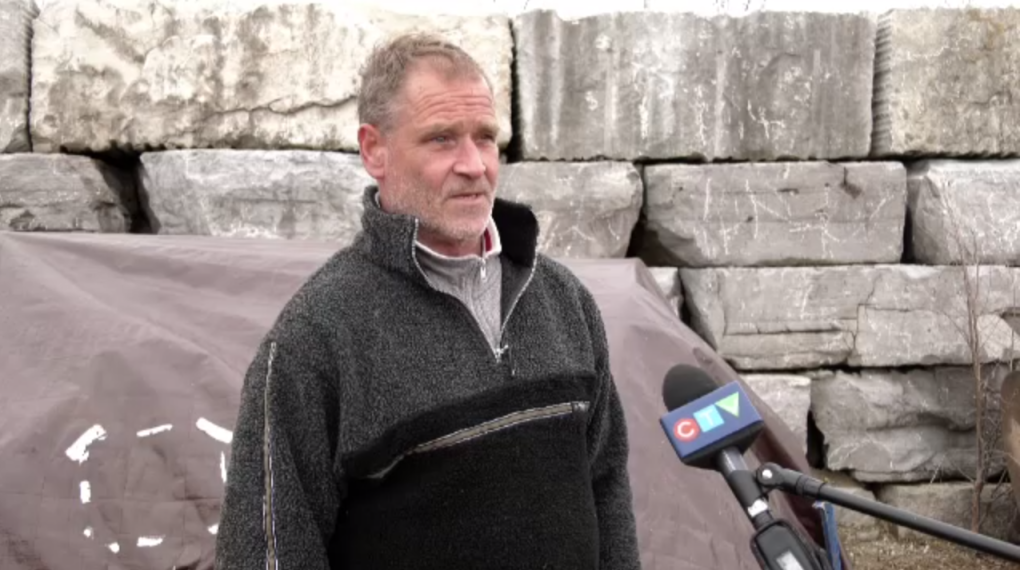 Mark, a resident of an encampment in Kitchener, speaks to CTV News. (Krista Shape

Mark said he visits the soup kitchen across the street to do laundry and eat but, “it’s really not where I want to hang out.”

“It’s a challenge every day,” he said. “I mean if you’re not first in line you’re waiting until 2 o’clock to get a shower.”

In a statement Chris McEvoy manager of housing policy and homelessness prevention for the Region of Waterloo said outreach workers and partners are in close contact with the people in the encampment and with local businesses.

“We continue to collaborate with our partners to support people in the encampment in order to connect them with the social, community, and housing services that people need to meet their current needs and support transitions to permanent housing,” the statement said in part.

In November 2021, the region came under scrutiny after it used heavy machinery to remove a homeless encampment. Following that incident, in December council approved a new homeless encampment site policy, which states regional staff must first offer supports and services to those living in encampments, and only use enforcement as a last resort.