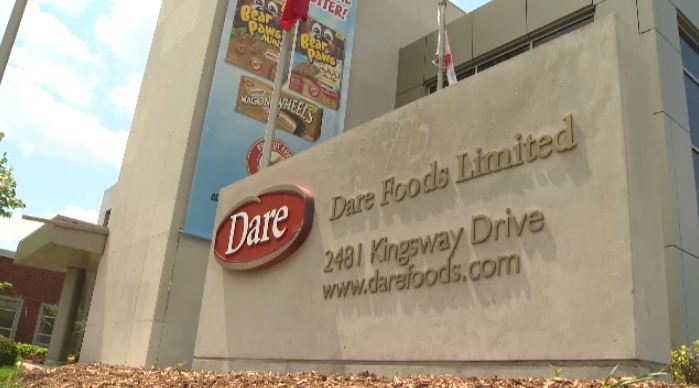 Dare Foods sign outside the company's head office in Kitchener. - May 18, 2014

A Kitchener food manufacturer pleaded guilty to violating the Occupational Health and Safety Act in connection with an incident which left one of its workers injured.

Dare Foods Limited issued its plea in court last week, after which the company was fined $60,000.

According to the Ontario Ministry of Labour, a sanitation worker suffered injuries in August 2014 while cleaning equipment at the company’s plant on Kingsway Drive.

After the equipment was cleaned, the ministry says, the worker noticed a spot that had been missed and went to clean it – without shutting the conveyor off, as should have happened.

As a result, their hand was pulled into the machine and injured.

The ministry’s investigation found that the machine was not properly guarded to prevent similar injuries.