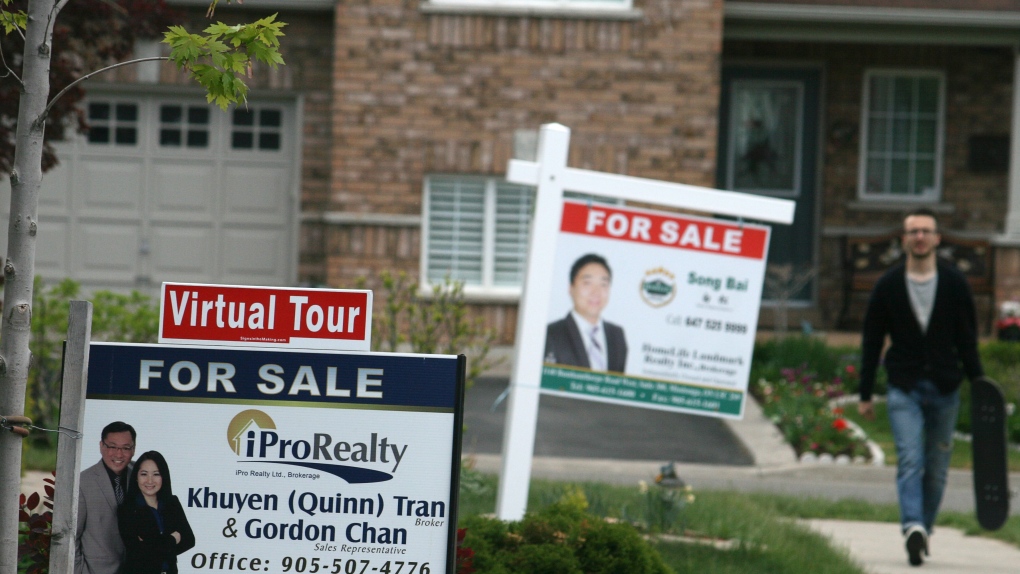 For sale signs are seen in Oakville, Ont., on Friday, May 22, 2015. (THE CANADIAN PRESS IMAGES/Richard Buchan)

May 2017 was a much busier month for home sales in Cambridge than May 2016 was – and the homes that changed hands sold for more money, as well.

According to the Cambridge Association of Realtors, there were a total of 273 residential properties sold in Cambridge and North Dumfries last month.

“Sales continue to run at near-record levels, and it appears the market may finally be seeing a bit of relief on the supply side with new listings continuing to rise,” Cambridge realtor association president Jim Robinson said in a news release.

Robinson says he expects listing and sale levels to increase over the summer.