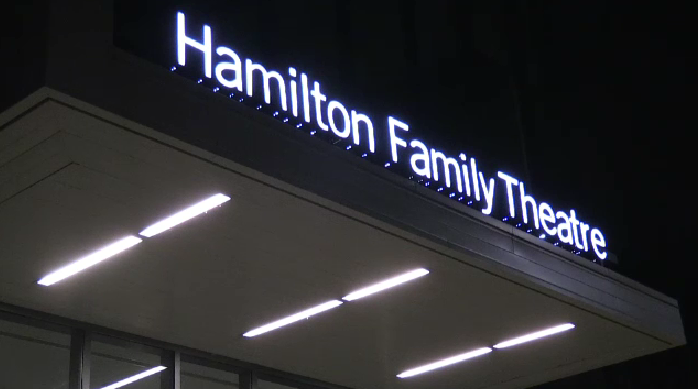 The Hamilton Family Theatre in Cambridge

KITCHENER -- Cambridge city council has agreed to bail out a theatre company struggling due to the COVID-19 pandemic.

Drayton Entertainment asked the city for a lifeline to help keep the lights on at Hamilton Family Theatre, which has been in the city for nearly a decade.

There was some pushback from three council members, who questioned why the city and taxpayers should be responsible for the bailout.

"Unfortunately we lost 100 per cent of our revenue as of March the 12th," said Alex Mustakas, the artistic director and CEO of Drayton Entertainment.

The money is for operations, rather than employee salaries.

So far, the company said all 400 seasonal staff and 40 full-time staff have lost their jobs.

"By the first week of January, we will be down to less than 10 people with reduced hours and reduced pay," Mustakas said.

Theatre officials said they'll play a major role in the city's recovery, pointing to the estimated $17 million the theatre generates in economic activity.

Coun. Jan Leggitt asked if taxpayers should need to pay to keep the theatre alive.

"We have to look at what we are responsible for and that is who is going to pay the bill," Leggitt said. "It's not just money that comes out of anywhere, it has to come out of someone's pocket."

Staff estimate it will cost the average taxpayer around $4.

Coun. Nicholas Ermeta and Coun. Mike Devine joined Leggitt in opposing the motion. However, the rest of council argued the theatre plays a large role in pulling in new talent.

Theatre officials said asking the city for money wasn't their first choice. They also asked for funding from the provincial and federal governments, but were told they didn't qualify.

They turned to the city as a last resort, they said.