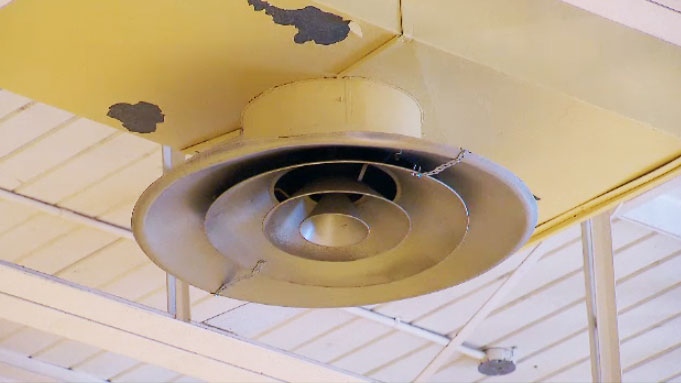 Many Toronto classrooms have elevated carbon dioxide levels, according to Toronto District School Board documents obtained by CTV News.

KITCHENER -- An air quality issue at a Guelph business is under investigation after three employees complained of headaches and respiratory issues.

Fire officials and paramedics responded to Goodleaf Farms on Cooper Drive at around 1:40 p.m. on Sunday after someone had reported respiratory issues from a possible chemical exposure.

When emergency responders arrived, there were three employees at the front of the building complaining of similar symptoms.

Firefighters immediately evacuated the building while the paramedics attended to the staff out front.

The results of a number of air quality readings and samples came back inconclusive.

As of Sunday evening, the cause of the exposure was still unknown, but the Ministry of Labour is investigating.

A news release from the Guelph Fire Department says the affected employees declined to be assessed at a hospital.