Mixed opinions on $75,000 price tag for LRT name and branding 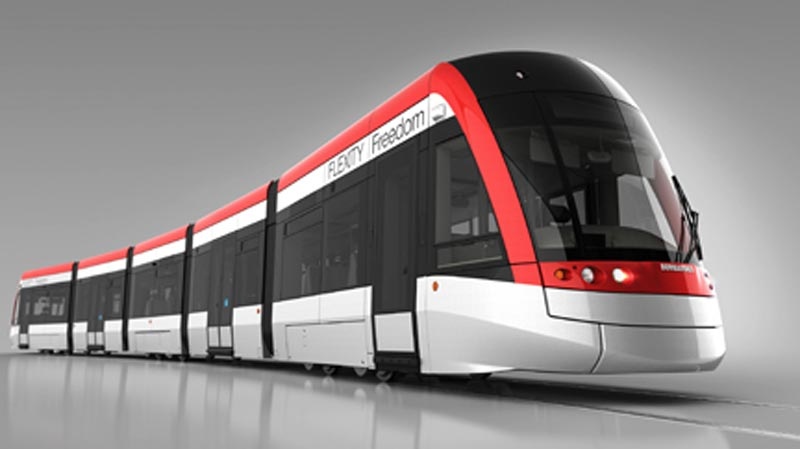 A Bombardier light rail vehicle is seen in this image provided by the Region of Waterloo.

Quarry Integrated Communications say ‘ion’, ‘trio’ and ‘arc’ are their three finalists when it comes to naming Waterloo Region’s LRT, but regional officials say there’s nothing stopping them from ultimately settling on another name.

And asking residents around the region for their thoughts, it’s clear that there are plenty of potential names people prefer to the chosen three – and that many people think the $75,000 paid to Quarry was unnecessary spending.

“I think they could have come up with something a little better.”

In exchange for the $75,000, taxpayers are getting three names along with logos and graphics for whichever name ends up as the final choice.

Nursing student Zahra Batool says she likes ‘ion’ best out of the three finalists, but finds the $75,000 price to be a tad steep.

Thomas Schmidt, the region’s commissioner of transportation and environmental services, says the region saw it as key to focus public attention on a few names rather than have a wide-open contest.

“Having three good names there for people to take a look at and think about, I think, was absolutely critical rather than just having a blank sheet of paper,” he tells CTV.

Public meetings will be held later this month in Kitchener, Waterloo and Cambridge before councilors vote on the final name in February.

Quarry considered more than 400 names and comments from more than 1,000 people before settling on the three finalists.