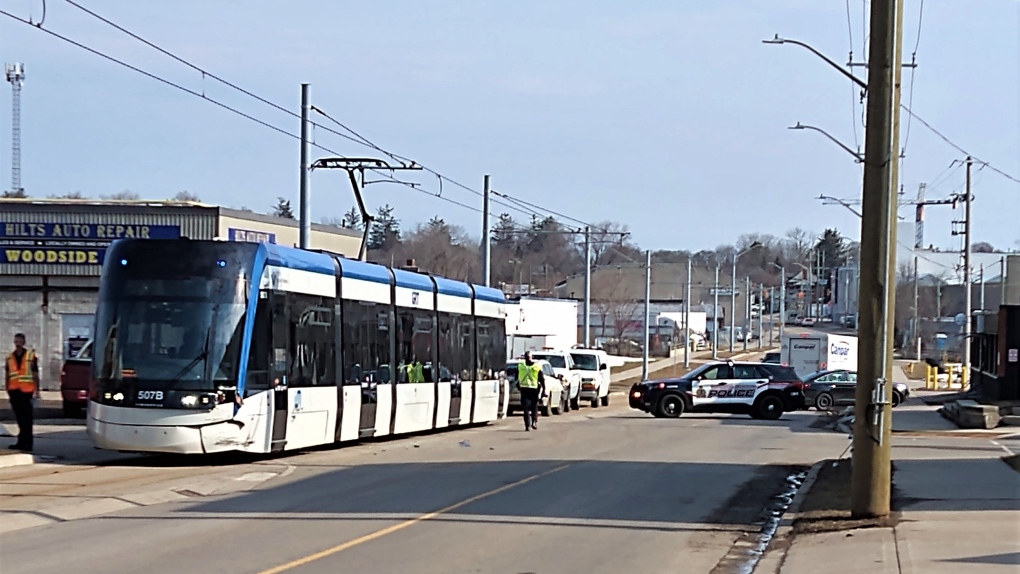 Police respond after a collision involving an LRT vehicle in the area of Borden Avenue South and Bedford Road on March 18. (Submitted/Chantal Bresse)

Two people suffered minor injuries after a collision involving an LRT vehicle and an SUV in Kitchener on Friday morning.

Officers were called to the area of Borden Avenue South and Bedford Road around 10 a.m.

Police said two men in the SUV had minor injuries after the crash. There were 10 passengers on the LRT, and none were injured.

The investigation is ongoing and police said charges are pending.

The rail line and roadway was closed for around two hours while police investigated. Both have since reopened.