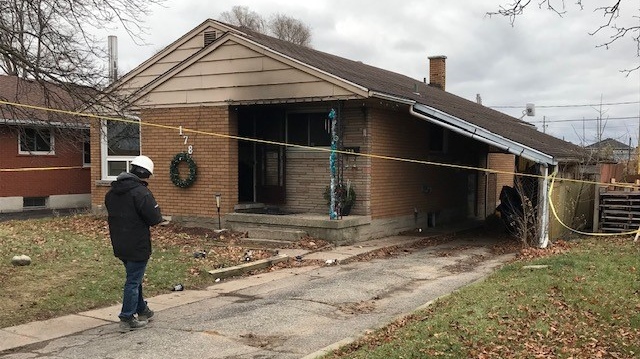 The aftermath of a fire in Cambridge on Nov. 24. (Dave Pettitt/CTV News)

Emergency services responded to a residential fire just before midnight in the area of Sekura Street and Munch Avenue.

According to police, roads in the area were closed for several hours for the investigation.

On Friday morning, police said the cause of the fire has not yet been determined.