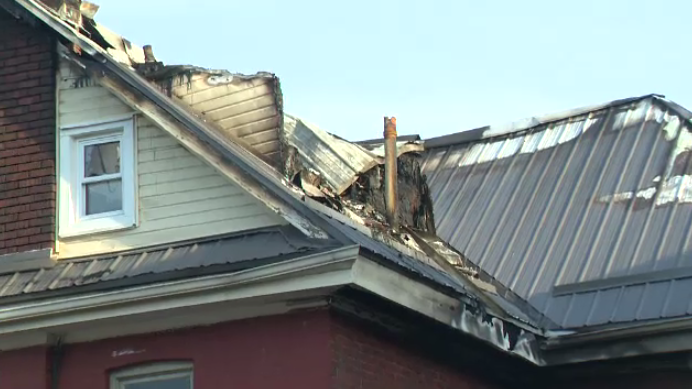 KITCHENER -- A million-dollar fire in Stratford over the weekend was set deliberately, police now say.

The fire at the multi-unit dwelling on Brunswick Street reportedly started after a stack of wooden skids outside was set on fire.

The flames spread quickly and left the building unlivable, with about $1 million in damage caused.

The tenants were able to escape thanks to employees of a nearby business, and they were all given a temporary place to stay.

Police are now looking for assistance with their investigation and are asking anyone who may have video surveillance on Brunswick, Albert or Ontario streets to contact them.

Over the weekend they had described a person of interest as a white man between 5' 9" and 6' tall with a medium build. He reportedly had a shaved head and was wearing a black tank top and baggy jeans, and was last seen around Franklin Drive and Buckingham Street.

Two other fires were also reported on Saturday, but little damage was reported in either case.