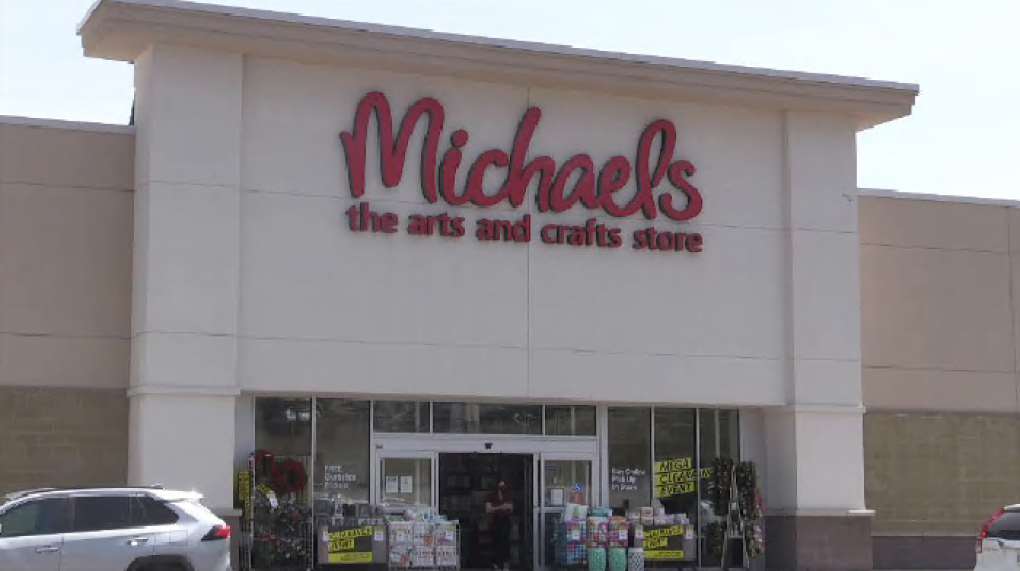 The Michaels store in Waterloo on July 5. Days earlier, the store was temporarily closed and had a lease termination notice on its door. (Adam Marsh - CTV Kitchener) (July 5, 2020)

KITCHENER -- The Michaels store on Westmount Road North in Waterloo has reopened after a notice posted in its window said its lease had been terminated.

The notice of termination of lease claimed that the company has not complied with requirements to pay rent under their lease agreement, which has been in place since February 1994.

On Sunday, a store manager confirmed to CTV News they had reopened a day prior, but did not provide any details regarding the lease termination notice.

At one point, the Michaels store had another sign posted on the exterior of the window that said the closure was temporary.

The lease termination notice gave the company five days from the termination to remove "personal property, inventory and trade fixtures" from the premises. 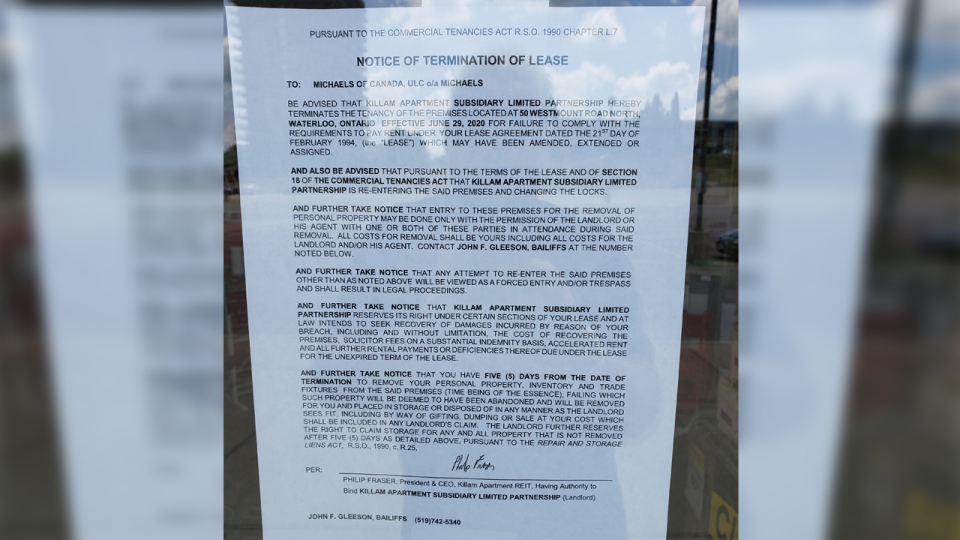 A notice of termination of lease in the window at the Michaels store in Waterloo seen on July 3, 2020. (Jeff Soltysiak / CTV Kitchener)

Last month, the Irving, Tex.-based company reported a net loss of US$63 million for 1Q, which ended May 2, as it adapted to COVID-19 changes.

CEO Ashley Buchanan said in the fiscal results press release that he was proud of how the Michaels team "responded to changing market conditions."

The Ontario government paused commercial evictions last month for “businesses that are eligible for federal/provincial rent assistance for evictions from May 1, 2020 until August 31, 2020.”