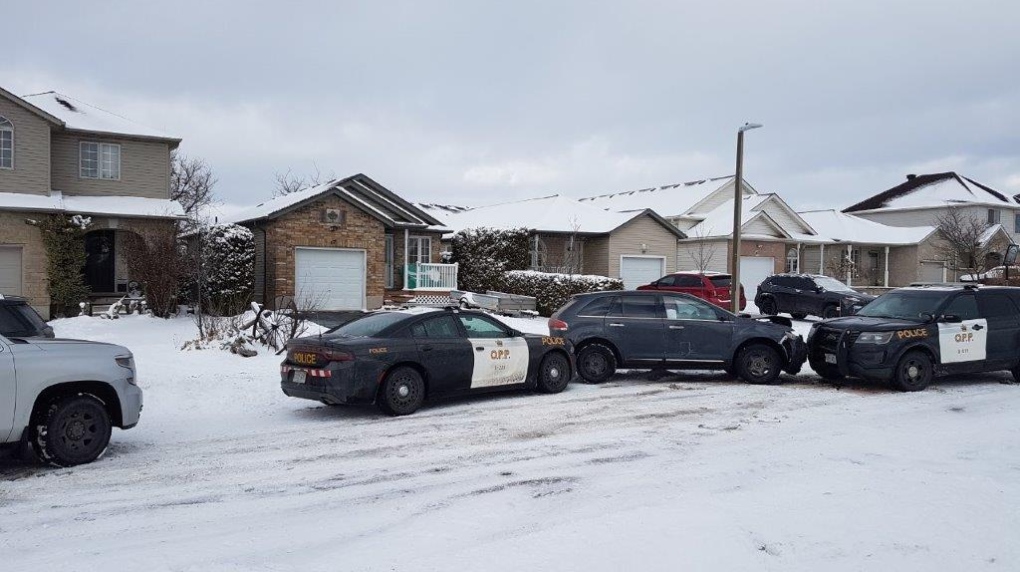 KITCHENER -- Wellington County OPP have arrested a 29-year-old man after driving into police cruisers in an attempt to flee during an investigation.

At about 9:05 a.m. on Monday, police responded to a fail-to-remain collision involving a black SUV and transport truck at the intersection of Wellington Road 18 and Wellington Road 29.

About half an hour later, police say the SUV was involved in a gas drive-off from a business on Tower Street in Fergus.

An investigation revealed that the suspect was being tracked by another police service through an ankle monitoring system.

Officers later located the suspect in the SUV and tried to block him in with their cruisers.

Officials were able to stop the suspect and take him into custody.

One officer was taken to a local hospital with minor injuries.

The accused faces a number of charges including taking a motor vehicle without consent and theft under $5,000.