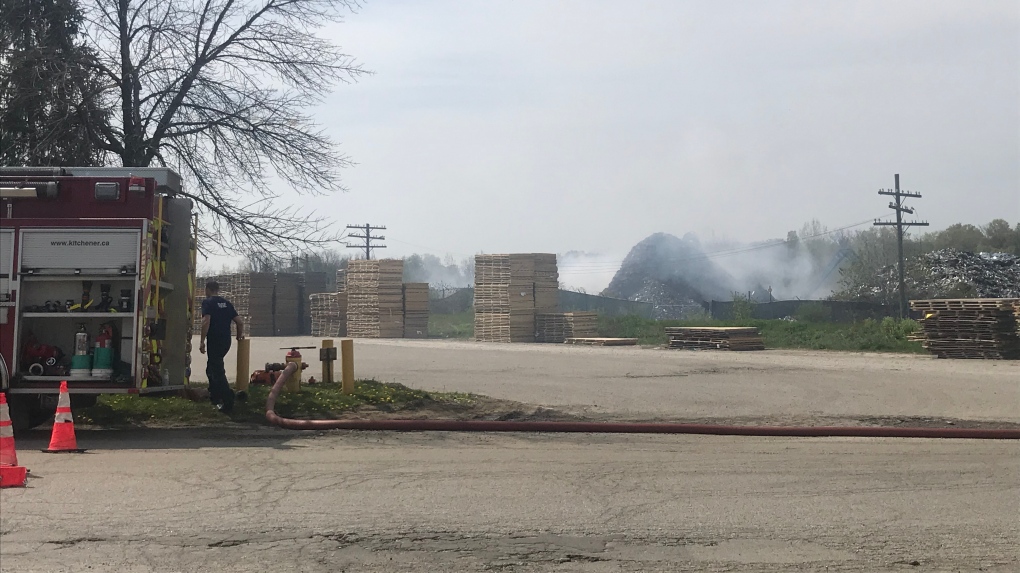 Fire crews on scene at a scrap metal yard in Kitchener. (Johnny Mazza/CTV Kitchener) (May 15, 2021)

KITCHENER -- Smoke could be seen from a scrap metal yard in Kitchener for most of Saturday as crews worked to put out a fire that involved oil.

Firefighters were first called to Triple M Metal around 7:30 a.m. Officials say the metal and surround oils had caught fire.

Crews were on scene until 4 p.m. putting out hot spots.