KITCHENER -- The family of a Flamborough man who died in a crash in 2016 wrote a memorial message in a bottle and released it into the waters of Lake Huron.

The bottle was discovered by strangers nearly five years later.

"I just kind of saw a little something glimmer off to the side and it was (the bottle)," said Shandelle Carrigan.

The bottle had a message inside that read "My son in heaven." It told the story of 23-year-old Brandon Walli, who was struck and killed by a vehicle on Highway 6 near Carlisle Road in Flamborough in 2016. 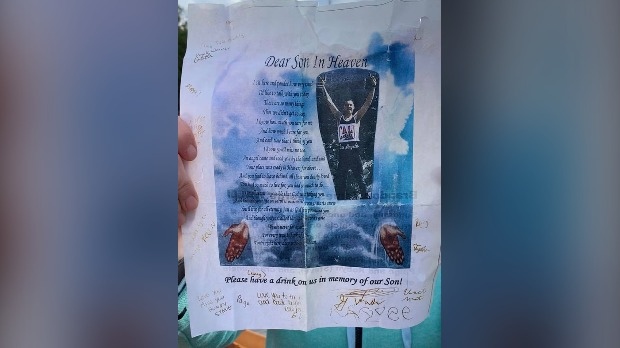 His father, Thomas Walli, said Brandon was distracted by his phone.

The Wall family released the memorial bottle into the water from their cottage on Manitoulin Island, including a photo, poem and a $10 bill.

"For somebody to find it to go have a drink in his honour," Brandon's sister, Robyn Tollar, said.

Carrigan and Jason Poulton posted about the bottle on social media and were able to track Brandon's family down.

"It didn't take us very long to find them [online]. Less than a day actually," Poulton said. "Very unique way to meet your neighbours that's for sure."

"Who knew that four years later that bottle would come back and spread the word like this," Thomas said.

Thomas said he wants to spread the message "Phones down, eyes up." 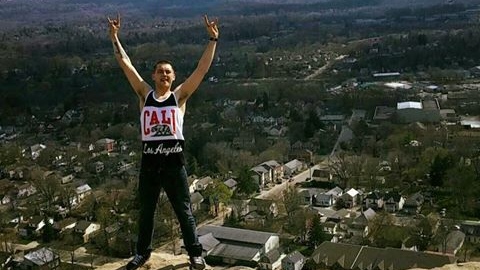 Poulton said that was an important message for his family.

"We have four boys," he said. "Heaven forbid if it ever happen to one of our children."

"It's really, really lovely that they did that and I am just glad that we found it," Carrigan said.

The families are neighbours, but haven't met in person yet.

"When we do meet them, we're going to put some more money in the bottle and put it back out," Thomas said.

Thomas has continued to grow the awareness campaign in honour of his son's death.

"If we can save one person from this campaign, it's done its job," he said.

Thomas added he didn't think the bottle would ever come back.

"It brought in a lot of emotions to us," he said.

Geotab Inc., where Thomas works, held concerts over the past three years to help raise awareness about distracted driving and  money for memorial scholarships in his name. This year, the concert was held virtually due to the COVID-19 pandemic.