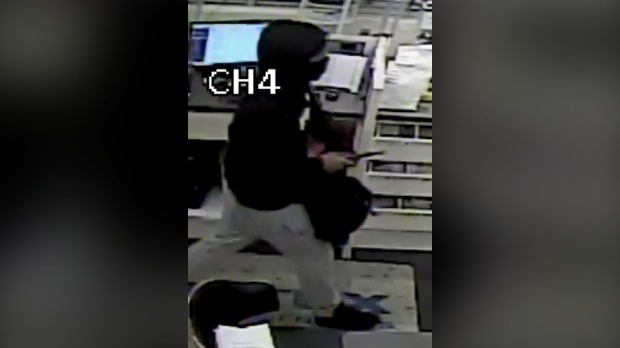 Police are looking for suspects after a robbery at a Cambridge pharmacy (Supplied: WRPS)

Waterloo regional police are looking for a pair of suspects after a robbery at a pharmacy in Cambridge on Monday.

Officers were called to the area of Coronation Boulevard and Oliver Avenue around 5:45 p.m. on Jan. 10. According to a news release, two suspects went into the pharmacy with weapons and demanded narcotics.

The fled the area with merchandise and cash, police said.

There were no physical injuries in the robbery.

Officers investigating a robbery that occurred in the area of Coronation Boulevard and Oliver Avenue in Cambridge.

Anyone with information is asked to call police or @WaterlooCrime.