WATERLOO -- Waterloo regional police say that two men have been charged after a woman was found dead inside of a Waterloo apartment building.

Officers responded to an Albert Street building on Monday around 2:45 p.m. after receiving a check wellbeing call regarding a person who lived there.

Police say that when officers arrived they found a dead woman inside the unit, and took two people into custody following an investigation.

On Wednesday, police provided an update saying two men, a 39-year-old and 36-year-old, were found inside the unit with the dead woman. They’ve been charged with Indignity to a Dead Body.

Police provided another update on Thursday morning saying the post-mortem did not reveal the cause of death, but the victim had been identified as a 24-year-old woman who lived in the building. 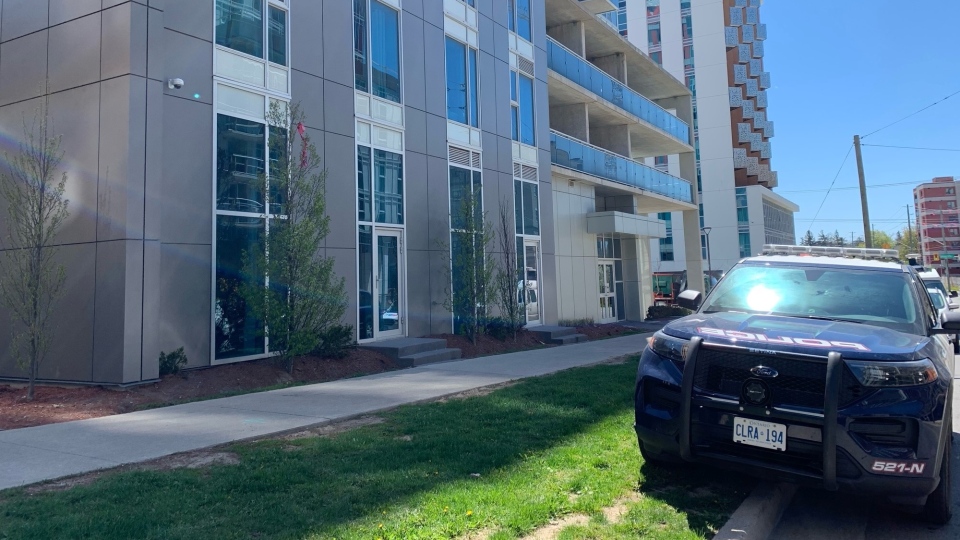 The suspicious death has shocked those who live in the area.

“I mean first it’s surprising, but I mean it’s tragic obviously," said Doug Barker, who lives nearby. "You don’t want to hear that type of stuff. Especially so close to where we live ... It’s pretty crazy stuff.”

Investigators believe the victim and accused are known to each other and do not believe there is a risk to public safety.

Police say they are not able to confirm the identity of the woman at this time. A post-mortem examination is scheduled to take place on Wednesday to determine the cause of death.

Police continue to investigate a suspicious death at a residence in Waterloo.

The identity of the female is unknown at this time.

Two males, aged 39 and 36, have been taken into custody and charged with Indignity to a Dead Body.