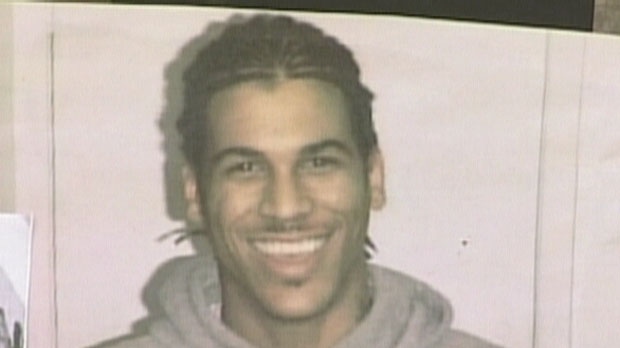 Terrell Johnson was remembered as a likeable guy and aspiring rapper at a memorial service on Saturday.

The 26-year-old was shot and killed in downtown London on October 30th.

It happened just before 3 a.m. at the intersection of Richmond Street and King Street. When police arrived at the scene they found two men with gunshot wounds. Both men were taken to hospital where Johnson later died. The other victim was treated for his injuries and released.

At the time of the shooting seven people were taken into custody.

A third person, Darrien Hinkson-Harris of Kitchener, is wanted on a long list of charges, including second degree murder, aggravated assault and a number of weapons-related offences.

The memorial service for Johnson was held in London. He was buried the same day in Brantford.