KITCHENER -- Tom Langan is home after spending 107 days in the hospital fighting and beating COVID-19.

“It’s incredible,” he says. “I can’t describe the feeling.”

The 58-year-old contracted the virus back in March and was admitted to hospital shortly after.

Langan says it started with a tickle in his throat on a Friday afternoon and by the end of the weekend, he had difficulty breathing.

“I waved goodbye from my office and said, 'okay we will see you soon,' thinking nothing of it,” says his son, Corey Langan. “From that point on, we couldn’t see him anymore.”

The Waterloo, Ont., man was admitted to the intensive care unit at Grand River Hospital, where he spent seven weeks.

“When he was on the ventilator in the ICU, there were so many ups and downs,” remembers his wife, Jackie Langan. “You never knew one day to the next, then it got to the point, one hour to the next.”

His wife says he remained a fighter and before being put under sedation, he made it clear that he wanted them to do everything they could because he didn’t want to die.

“I just thought if he could keep fighting, we were just praying for a miracle,” she says.

She says the doctors handled infections, transfusions and a low platelet, which meant it was difficult for his blood to clot.

“It seemed that everything that could go wrong, did,” she recalls.

Then in May, the family says they received a harrowing phone call from his medical professionals.

“Getting that call, saying that you should gather the family together because we don’t know if he is going to make it through the night,” she says.

“The doctors were almost certain he wasn’t going to make it past that 24 hours,” says Corey.

But Langan pulled through, to the amazement of his loved ones.

CTV News spoke to him after he left the ICU and while he was in another section of the hospital, where he spent weeks recovering. 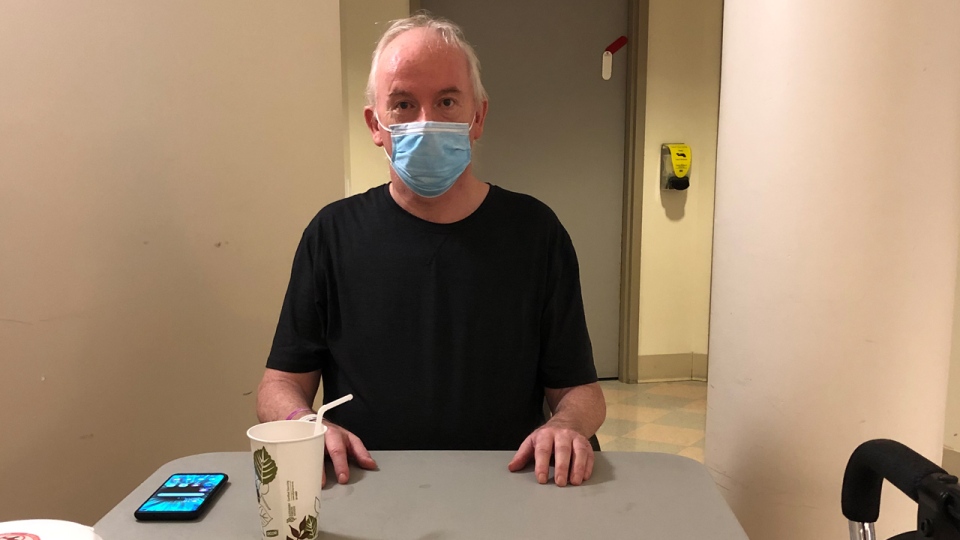 “When I woke up, I didn’t have a voice. My voice box didn’t work,” he remembers. “I was Facetiming my wife and she had to learn to read my lips.”

It was a long road of recovery ahead, full of familiar milestones.

The 58-year-old started talking again, standing up and walking with the help of physiotherapists.

“When I went up a bunch of stairs, I turned a corner and was coming back to my old self again,” he remembers.

But there have also been roadblocks. Langan says that, getting back to the baseline of where he was before getting sick with the virus is possible, but it will take time.

“It’s going to take a little bit of adjustment,” he says. “But that’s all I’ve been doing for the past three months is adjusting to everything.”

Experts say patients may experience a wide range of health issues while battling and recovering from the virus.

He says that some have rare complications like heart problems or blood clots.

A more common side-effect of the ICU after time on a ventilator or under sedation is deconditioning, he says.

Langan says he has one of those underlying health issues: diabetes.

The Waterloo resident also experienced a few side effects of fighting the virus in the ICU.

“I have nerve damage in my arm from it,” he says. “I’ve got a pressure wound on my tailbone that’s just almost unbearable. That will take months to heal.”

As long as it may take to recover, for now Langan's focus is on staying positive and reuniting with loved ones after arriving home on Friday.

His family also arranged a drive-by car parade for his return.

“I was choking back tears because I saw the sign and I saw all of the people,” he said. 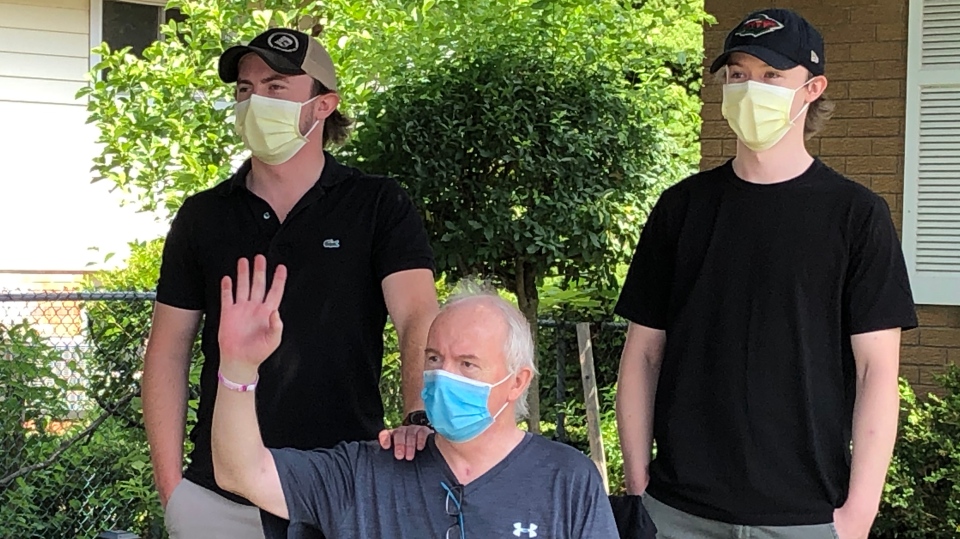 Now that he's out of the hospital, he says the first thing he wants to do is take his wife to Dairy Queen for ice cream.

“He’s a fighter, that’s for sure,” his wife says. “He looks so different with the amount of weight he’s lost, but I think he’s doing really well.”

Langan says he is very thankful to the medical staff that helped him along that journey of recovery through the weeks he was in the hospital.

“It’s unbelievable the way he fought through it,” his other son, Kyle Langan, says. “We are super proud of him.”

Now Tom Langan is warning others to take the virus seriously.

“You could run into a critical illness like I did,” he said. “I’ll be recovering for months and months.”