Meet Patty the porcupine, an orphaned baby animal being cared for by Wildlife Haven Waterloo

WATERLOO -- A baby porcupine found by a family in Guelph on Mother's Day is being nursed back to health by Wildlife Haven Waterloo.

Myla Krudwig and her family were out for a walk on Mother's Day on a trail in Guelph, when they stumbled across the unusual creature.

“It was a really narrow path so,” said Krudwig. “I was going first, went to step and I saw these quills come up"

“We called the Guelph Humane Society because he was all alone and there was no mother in sight.”

An animal service officer with the humane society picked it up, and determined it needed special care.

The porcupine, which the family decided to call Patty, was brought to Wildlife Haven Waterloo.

“She really wasn't eating very much, but she's now eating more. I guess you could say she is stable,” said Joy Huggins, a licensed Wildlife Rehabilitator and owner of Wildlife Haven Waterloo. 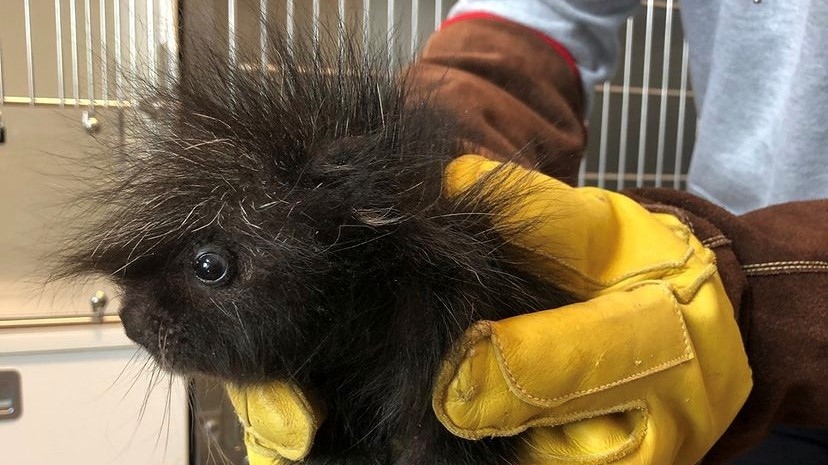 According to Huggins, the Waterloo-based rescue is the only one in the region serving mammals, birds and reptiles.

The pandemic has meant a sharp decline in volunteers and the number of animals they can take in.

However, when she heard about Patty she knew she had to help.

“I love porcupines and hopefully once she's settled I’ll get to know her personality," said Huggins.

Patty is only the second baby porcupine they have ever had at Wildlife Haven Waterloo. She will remain here over the summer to complete her rehabilitation therapy, including special branches to chew on and practice climbing.

Patty will remain at the rescue until the fall, when she will be released back into the wild.

Officials with the Guelph Humane Society say they see more than 1,500 wild animals a year.