Monday marked the 60-year anniversary of the worst rail disaster in Cambridge’s history.

Around 10:30 p.m. on May 2, 1956, two trains collided on the tracks at the Water Street overpass, not far from Galt Collegiate.

The crash left two people dead – William Palmer, the lead engineer on one of the trains, and 20-year-old Tommy Watson, who was working on the same train as a brakeman.

They were two of 14 Canadian Pacific Railway employees on the freight train, which crashed into the back of a slower-moving train.

Their train had been several hours late in leaving Toronto, and was delayed further on its way to Galt. 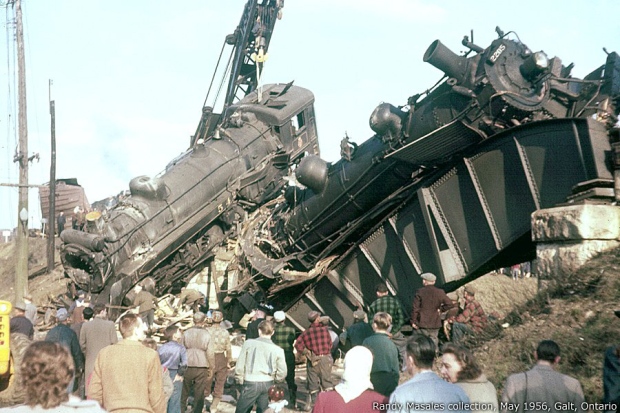 According to Paul Langan, who has written a book about the crash, Watson had worked his way up the CP Rail ranks after starting as a baggage handler, and that night marked his first paid run as a brakeman.

It wasn’t until the next day when their bodies were found in the wreckage.

By that point, the other dozen people who had been working aboard the train were already back on the job.

“There really wasn’t the support system in place that there is now,” Langan said in an interview.

An inquest into the crash found what Langan termed “a pure case of people not following orders.”

Jurors determined that crew members on the slower train were negligent in not knowing how close the other train was to them, and that they didn’t have a sufficient means of communication with the dispatcher back at the train station.

They recommended creating “a closer system of communications between the train crews,” as well as other measures aimed at preventing similar collisions. 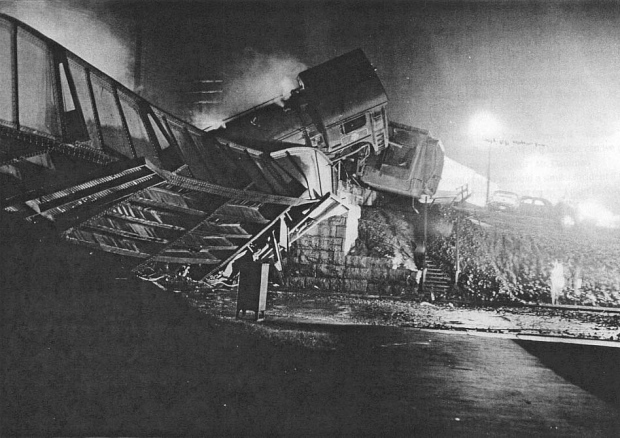 News of the crash spread fast through the small community of Galt, with people immediately rushing to the scene. It was several days before there wasn’t some sort of crowd of onlookers in the area.

While most if not all of the 12 people who survived the crash have since died, Langan found in researching his book that memories of that night live on in Cambridge residents.

“It stuck with people. Everybody had a story (of) where they were that night,” he said.