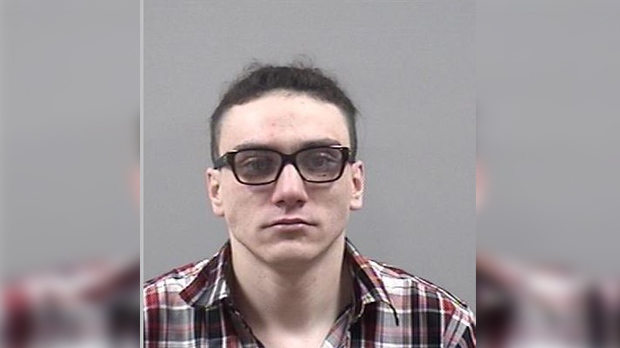 Police have released a photo of a wanted man after an incident on Oct. 2. (Source: Guelph Police)

Guelph Police were called to a break and enter in progress on Oct. 2.

It happened at a residence on McElderry Road at approximately 7:12 a.m.

Police attended and located the suspect, a male, in a stolen vehicle.

The stolen vehicle reportedly rammed a parked car and sped away, hitting another parked vehicle and nearly colliding with a police cruiser head-on.

The vehicle was located with the assistance of the OPP shortly after in the area of Cooks Mill Road and Carter Road.

Police said there was concern for public safety and the male involved.

Damien Hitchcock-Hurst, 22, was wanted for several other offences from two other incidents months apart.

Anyone who might have seen Hitchcock-Hurst is encouraged to call Guelph Police or Crime Stoppers.