Waterloo regional police say one person has been taken to hospital with non-life-threatening injuries after a shooting in Kitchener.

In a tweet posted just before 8:30 a.m. Tuesday, police said they believe two men met in the area of Woodland Cemetery, and one was shot.

Police believe the shooting was targeted.

On Wednesday, police said the victim was shot in the leg when he met another male at approximately 5:40 a.m. in Woodland Cemetery.

The Waterloo regional police robbery team is continuing to investigate the shooting.

“I was thinking, 'why in the cemetery?”' said Elizabeth Poyntz, who was in the area for a morning walk Tuesday. “I thought it was a safe place to walk, so something obviously must have happened in the night. But I don't know. I didn't hear anything, didn't see anything.”

Investigators were seen using a metal detector while scouring the ground for evidence.

The forensics team was also on scene.

Waterloo regional police have not released information on arrests or the relationship between the pair.

Police said the suspect is described as a tall white male with a thin build.

Officers initially responded to a call for service in the area of King Street East and Fairway Road South before the investigation led them to the cemetery. 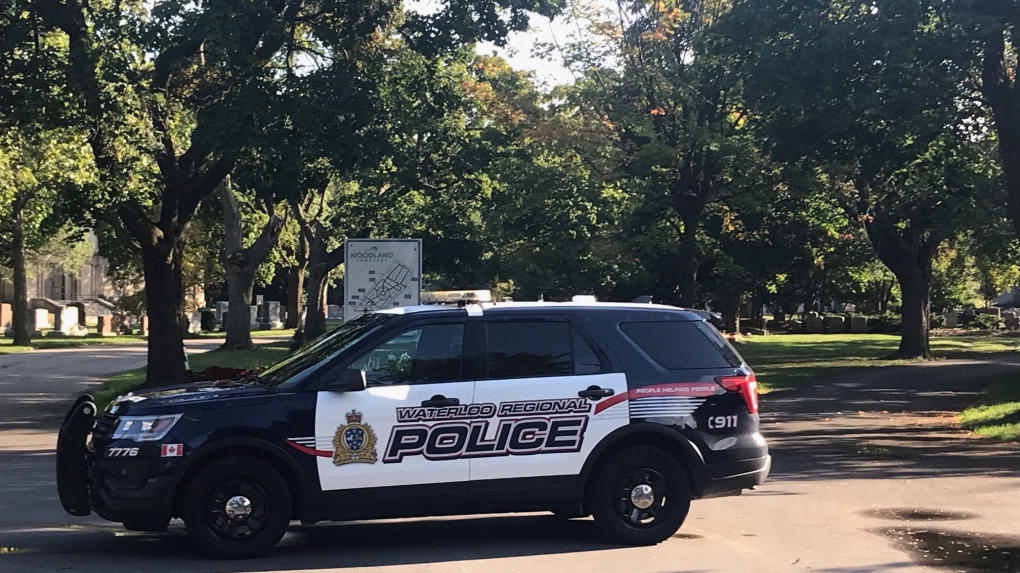 A police vehicle is seen at Woodland Cemetery on the morning of Aug. 23, 2022. (Chris Thomson/CTV Kitchener)