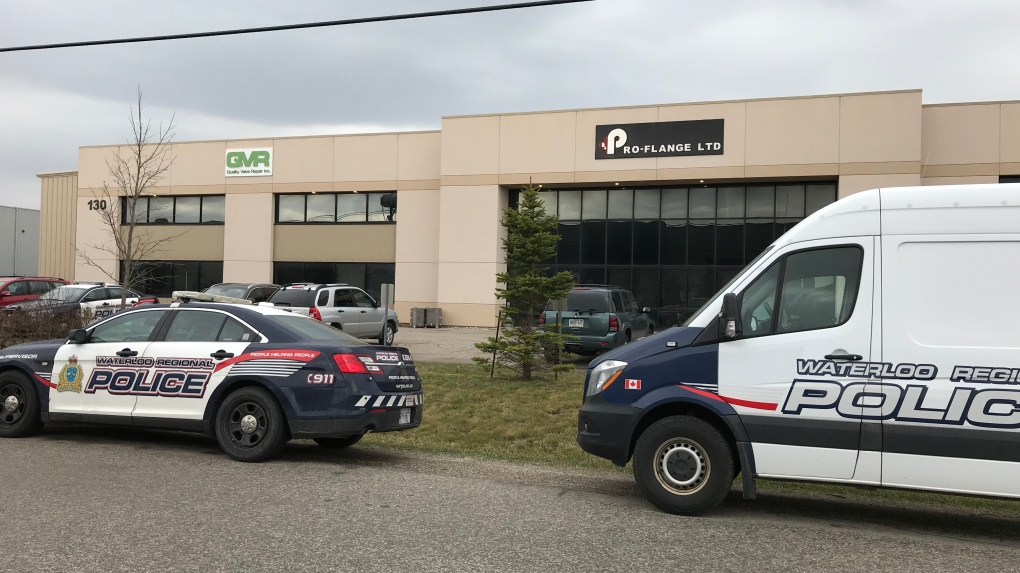 Police responded to a business in Cambridge for a workplace accident. (Dan Lauckner / CTV Kitchener)

An employee has been seriously injured in an incident at a Cambridge business.

Police were called to 130 Vondrau Drive just before noon on Tuesday for a workplace accident.

The man was taken to hospital and was being prepared to be airlifted due to his injuries. No further identifying information about him has been released.

A spokesperson for Ornge says that the air ambulance was requested, but not needed thanks to local paramedics.

The Ministry of Labour is attending to continue the investigation. A spokesperson for the MOL says it was reported that the man was working in a machine shop at the time of the injury.

Regional police remained on scene into the afternoon.

The MOL says it also responded to another incident at a machine company in Elmira.

A ministry inspector has been assigned to that case as well, but no further information was provided.