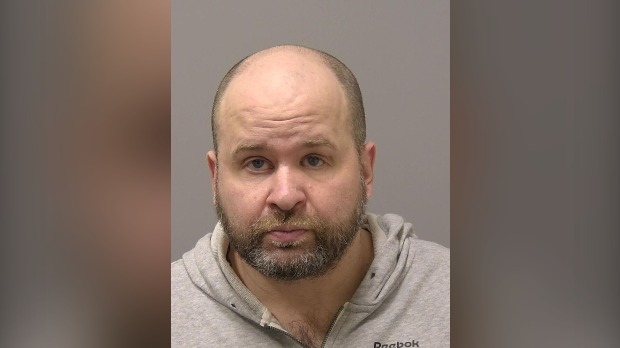 KITCHENER -- Toronto police are looking for a man last seen in Kitchener on Sunday who is wanted in connection to two harassment investigations.

In a release, the Toronto Police Service says 41-year-old Stefanos Liakopoulos was spotted near Union Street East and King Street South in Kitchener. He has ties to North York in Toronto, according to police.

He is wanted on warrants for seven counts of criminal harassment, two counts of uttering threats, nine counts of fail to comply probation and five counts of disobey lawful order of court.

He is described as 5-foot-4, 200 pounds, with blue eyes, a shaved head with brown hair on the sides and a brown beard with some grey in it.

Police are asking people to call them if they have information and are reminding the public not to approach him.