KITCHENER -- Waterloo Regional Police say a deadly car explosion in front of the Kitchener, Ont. courthouse Friday morning “appears to be the result of a suspected improvised explosive device.”

Police have confirmed that a man died in the explosion, and that he was connected to two Kitchener residences where investigators were conducting searches - on Hearthwood Drive and Grand Flats Trail.

They said the Peel Regional Police Explosives Disposal Unit was assisting at those locations.

Just before 8 p.m., Waterloo Regional Police posted an update on Twitter, saying that had concluded their search at Hearthwood Drive and Grand Flats Trail. They also said they would be reopening the streets around the courthouse.

Police have not released the name of the man who was found dead in the car.

“I can’t speak to who created it, but it appears that the male who is deceased is responsible for this explosion," said Supt Eugene Fenton.

‘THERE WAS A BODY INSIDE’

First responders were called to Frederick and Duke Streets around 10:30 a.m. after residents heard a loud bang. 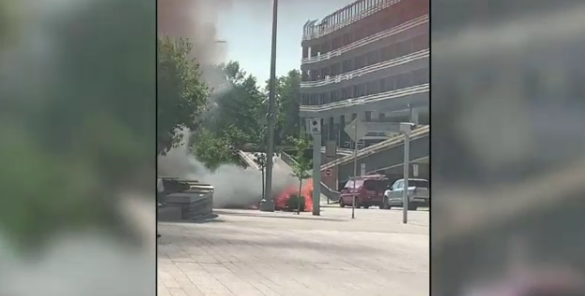 "I looked up at the building to see what it was and saw the flames shooting out from over here," said Mike Sylvester.

He was working at a nearby construction site when the explosion happened.

Sylvester says some of his colleages tried to get a closer look at the vehicle.

"A couple of my coworkers ran over there and took a look inside, and there was a body inside," he said. "It was engulfed in flames so they couldn't do anything." 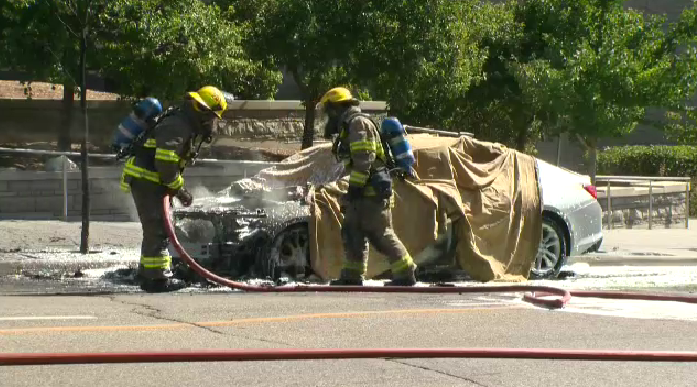 Rob Kowalczyk, who also works near where the explosion occurred, said he heard a bang and could smell smoke and plastic burning.

"Some of the guys on-site tried to help the person out but weren't able to make it in time. They opened the door and it just fed the fire more," he said. "Unfortunately they weren't able to save that person."

Police confirmed around 2 p.m. that a man had been pronounced dead at the scene.

There was a large police presence in the immediate area in the hours after the explosion.

Just after 2 p.m., police put out a tweet saying they were evacuating the immediate area, including Frederick Street, Scott Street, Duke Street and Weber Street.

They also said the explosive disposal unit was also being brought in as a precautionary measure. 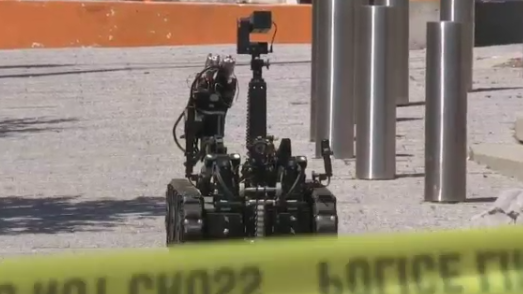 "Where there's known to be explosives, or suspected to be, or in some cases they just don't really know, so they err on the side of caution, they bring those tools in," he said.

Lewis said the unit would look for more explosives, especially in a situation where it's not clear why the explosion occurred.

"A car parked on a street, that normally doesn't blow up unless it's an intentional thing," he said.

Lewis said the unit is specifically trained for explosive disposal. They typically send in a robot with a camera to evaluate the scene before deciding how best to handle the situation.

Lewis added the unit would also examine why an explosion occurred and look for any evidence, including components of a device, fingerprints or DNA.

In order to carry out their jobs safely, Lewis said police would evacuate an area and create a perimeter to prevent any injuries should an explosion occur.

He added that explosive disposal units have become even more important in a "counterterrorism" world.

"When I joined policing in the 70s, terrorists were something in some other world," Lewis said. "But in that whole counterterrorism world, there's been more and more training around explosive devices."

The investigation is ongoing. Anyone who has information about the incident is asked to contact police.

-- With reporting from Stephanie Villella