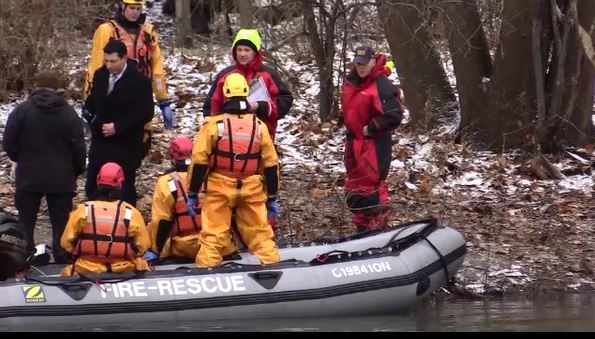 The London police Major Crimes division has launched an investigation after a body was discovered on the bank of the Thames River. (Brent Lale / CTV London)

Police are investigating after a body was found in a river in London, Ont.

London police say a bystander called 911 around 9 a.m. Saturday to report what looked like a body floating in the Thames River south of Gibbons Park.

When police and firefighters arrived, they pulled the body of a dead male from the water.

Investigators are asking for help identifying the man.

They describe him as having dark hair and facial hair, wearing black athletic pants, a purple T-shirt with a Los Angeles Lakers logo on the front, black Nike shoes and a thick necklace.

Police say they are unable to confirm if the death is suspicious as the investigation is ongoing.