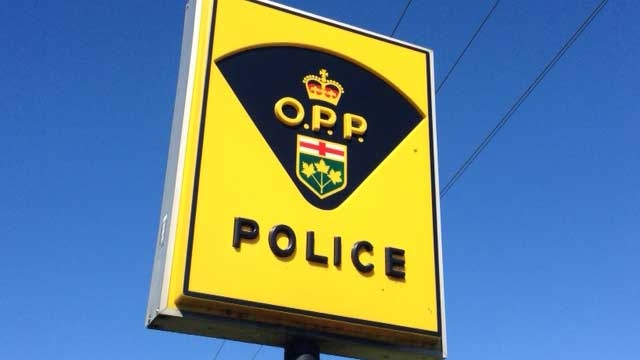 A North Perth man is facing 22 charges after he led police on a chase in Listowel.

Provincial police said it started with the theft of a sedan on Monday morning.

The vehicle was left warming up, unoccupied, in a driveway on Victoria Avenue North.

Around 5 p.m., an OPP officer spotted the sedan on Airport Line. They attempted to stop the vehicle, but the driver took off.

The sedan was later found abandoned in a ditch on Tipperary Line.

OPP said the driver fled to a nearby business where he stole a pickup truck. That vehicle was driven through an intersection where it collided with another pickup truck. The driver of the second truck had unspecified injuries.

The driver of the stolen vehicle fled from the scene of crash and, according to OPP, broke into a nearby home where he stole a purse and a set of keys.

Police said he then threatened a person outside the home and stole a SUV that was in a laneway.

That vehicle then crashed into a fence and became inoperable. The driver took off on foot.

A canine unit was brought in to help officers search the area.

They arrested a man who was found hiding in a travel trailer on Parr Line.

Benjamin Poynton, 27, is now facing 22 charges including: dangerous operation causing bodily harm, robbery with violence, break and enter, theft, and possession of a weapon for a dangerous purpose.

Two people were struck and killed by falling trees during a severe thunderstorm that hit most of southern Ontario Saturday afternoon.

As the May long weekend kicked off, a massive thunderstorm in southern Ontario brought strong wind gusts that knocked down trees, took out power and left at least two people dead.