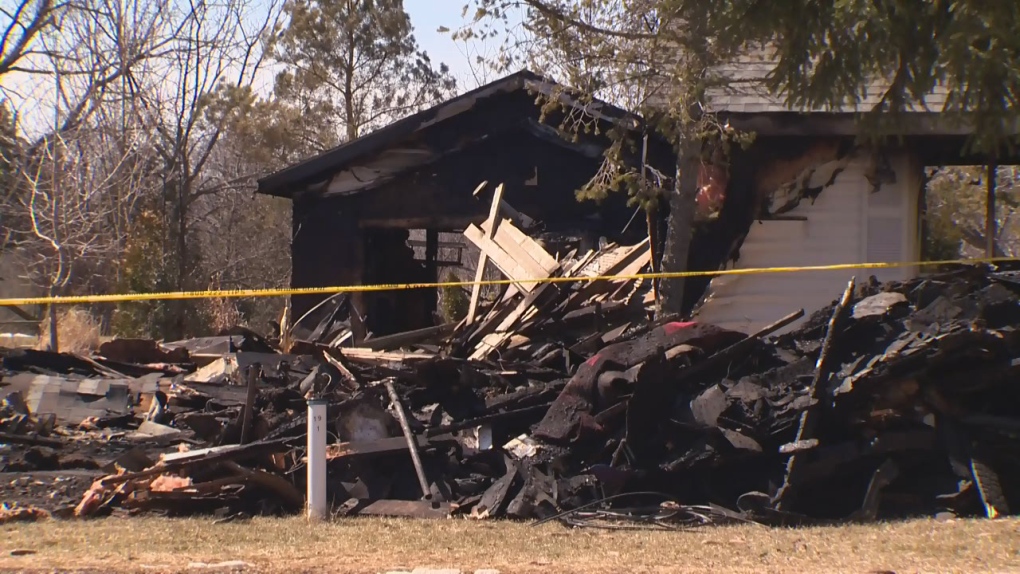 A house on Albert Street in Otterville, destroyed by fire two days earlier, is pictured on Sunday, March 29, 2015.

A 56-year-old man has died in hospital following a house fire in the community of Otterville, south of Norwich.

The fire at the Albert Street home occurred last week, and left the home destroyed.

According to Oxford County OPP, Randy Sutton was the only person inside the house at the time.

He was taken to hospital with serious injuries, and news of his death was released by police Thursday.

The Office of the Fire Marshal continues to investigate the fire.