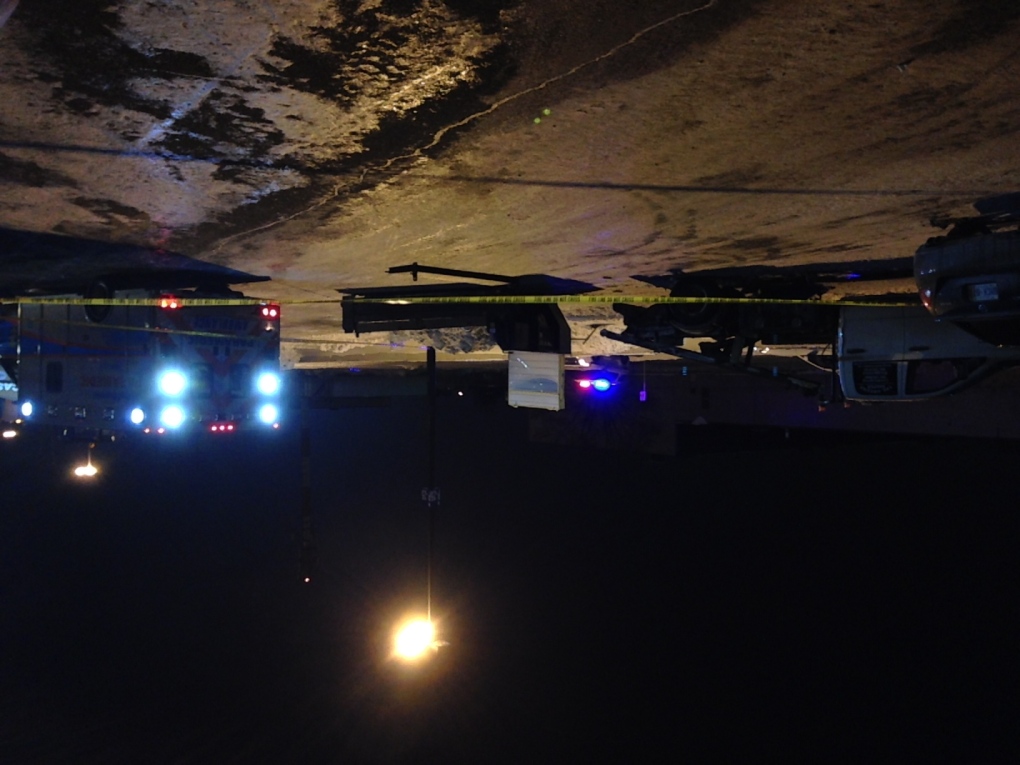 Police tape and an ambulance are seen in a parking lot on Viscount Road after a man died after becoming trapped under a snow removal truck on Friday, Feb. 7, 2014. (CP24/Spencer Gallichan-Lowe)

A man is dead after getting pinned under a snow removal truck in the staff parking lot at Toronto's Pearson International Airport.

Paramedics were called around seven o'clock last night, and the victim, who is believed to have been in his twenties, was pronounced dead at the scene an hour later.

The victim's name hasn't been released, and police said last night that it wasn't yet clear exactly what he was doing at the time of the accident.

Officials from the Ministry of Labour will be joining police in investigating the incident.